What a year it’s been already! You’ve helped make the #StopAdani movement one of the highest profile campaigns in the country, and we’ve got Adani, the government, and any business who stands next to them, on the run.

Since launching in March of this year, only 2 months later more than 160 local #StopAdani groups have sprung up across the country, organizing well over 350 actions. Over 4,000 beautiful people attended the 5 city StopAdani Roadshow, and our Guarding the Galilee film has been screened almost 200 times in communities across the country. Thousands of you put the heat on Westpac, with dozens of actions at bank branches, a high profile action at their 200th birthday party, and a huge week of action planned for next week.

Well that worked! Last week Westpac committed to ‘no new investments in thermal coal basins’, which includes the Adani project. This is a massive victory for people-power and clearly shows that this campaign is an unstoppable force of nature.

Here’s how it played out. 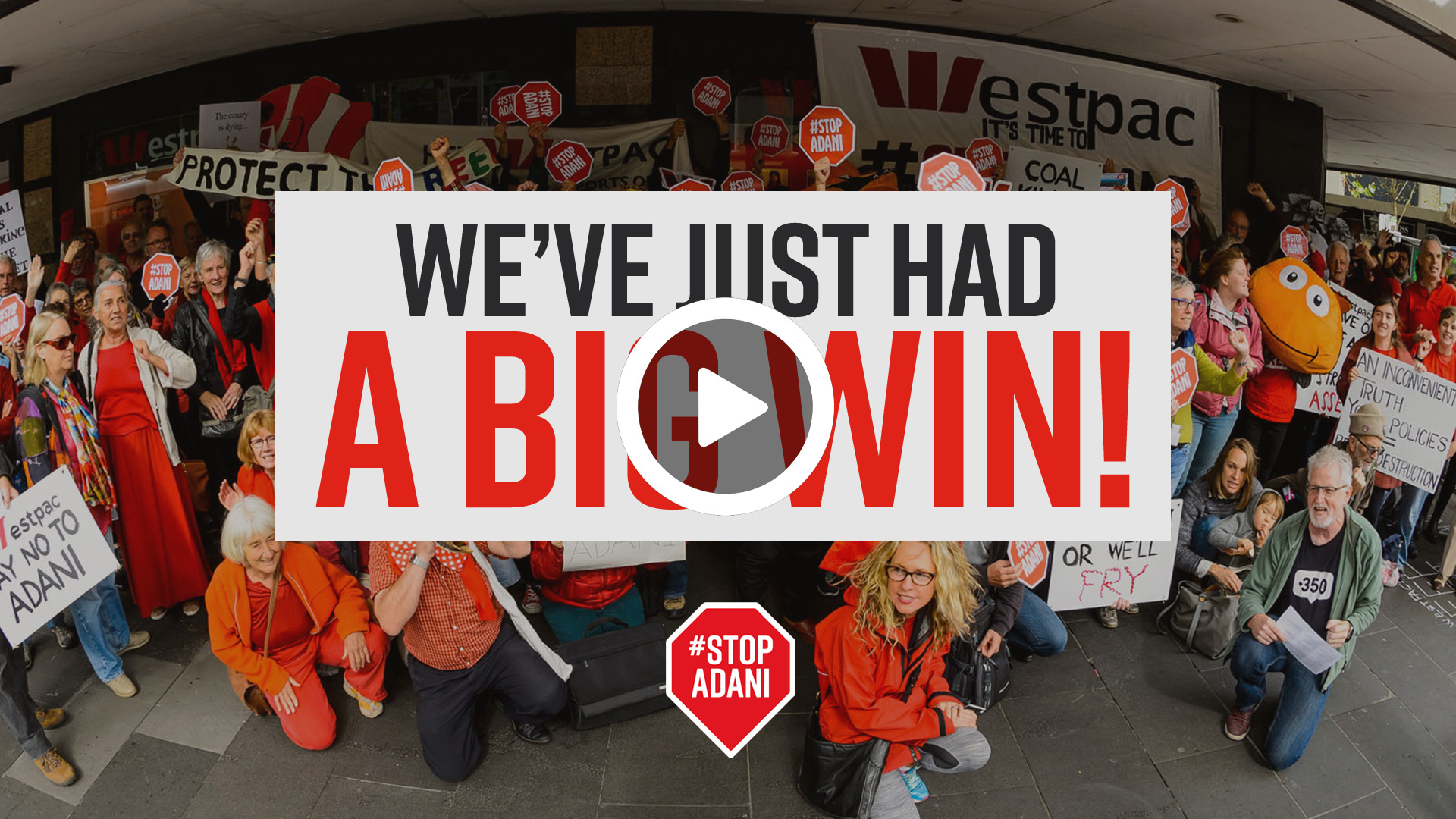 But we haven’t won yet. Gautam Adani was in Queensland last week holding secret meetings with politicians, and the Turnbull government is doubling down on their support for Adani, publicly attacking Westpac (for implementing their own climate policy).

They still want to give Adani $1bn to kickstart this dud project. We’ve stopped some of the money, but now it’s time to stop all of it. We can’t let Turnbull provide Adani with a $1 billion loan of the public’s money - especially since 75% of Australians believe there are better ways to spend our cash, such as by investing in clean, safe renewable energy!

This May, we’re turning up the heat on our MPs, by swarming their offices, phone lines, and online, until they drop Adani. You can sign up to join an action today!