Adani clearly broke the law when they exceeded their pollution licence by 800%, but the Queensland Government seemed intent on letting them get off scot-free.

Our movement wasn’t going to let them get away with it.

Over 40,000 people contacted Queensland Premier Palaszczuk and Environment Minister Leeanne Enoch to demand Adani be prosecuted. The community kept up the pressure on Queensland politicians with attention-grabbing stunts. Including a ‘People vs Adani’ mock trial outside Queensland Parliament. 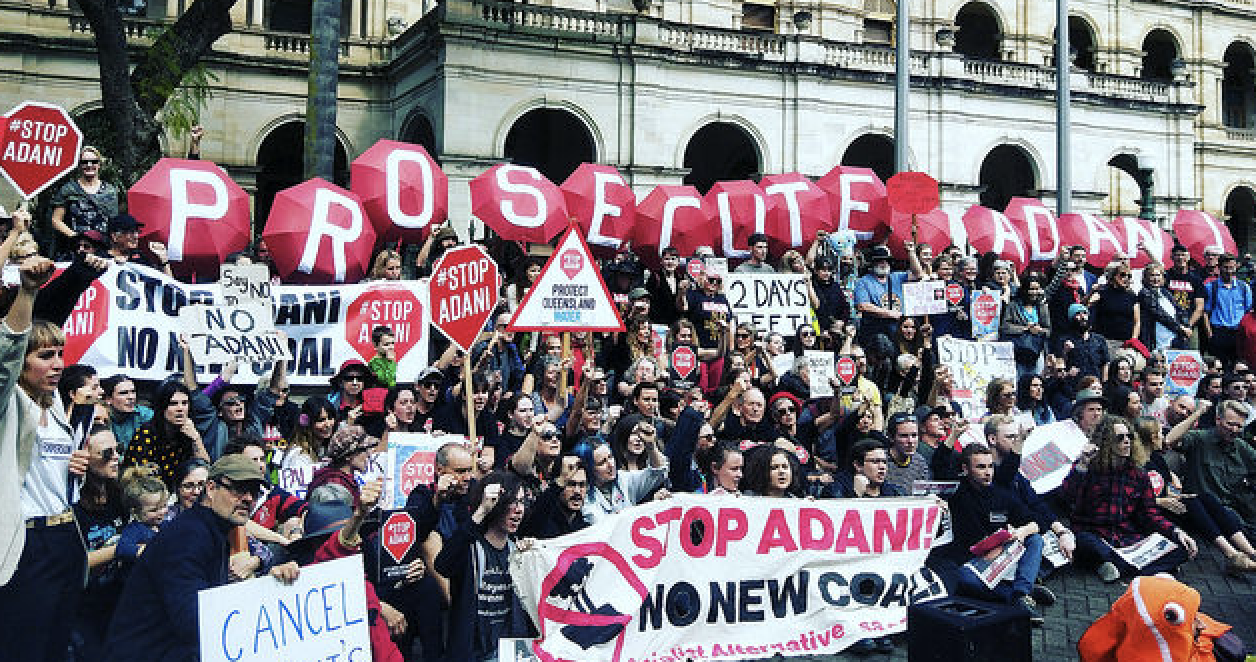 If it wasn’t for our relentless community pressure, the story could have been buried. And Adani might have gotten away with trashing our Reef.

But thanks to thousands of people making calls and rallying in the streets, the mining giant were charged just two days ahead of the final prosecution deadline and face a maximum fine of $2.7 million.

In September 2018 an explosive news story revealed Adani had started illegally working on their coal mine by secretly drilling into Queensland’s groundwater. Then lied about it to the authorities.1

Adani were caught red-handed breaking the law and putting Queensland’s groundwater at risk when over half the state is in drought and before critical water plans are signed off. Adani acted in breach of their environmental authority and without the consent of Traditional Owners.

Once again, our movement swung into action to make sure  Adani faced justice -- making thousands of calls to Queensland Premier Palaszczuk and holding a snap action outside Adani's headquarters. State and Federal Governments soon announced they would be launching investigations into Adani's illegal works. 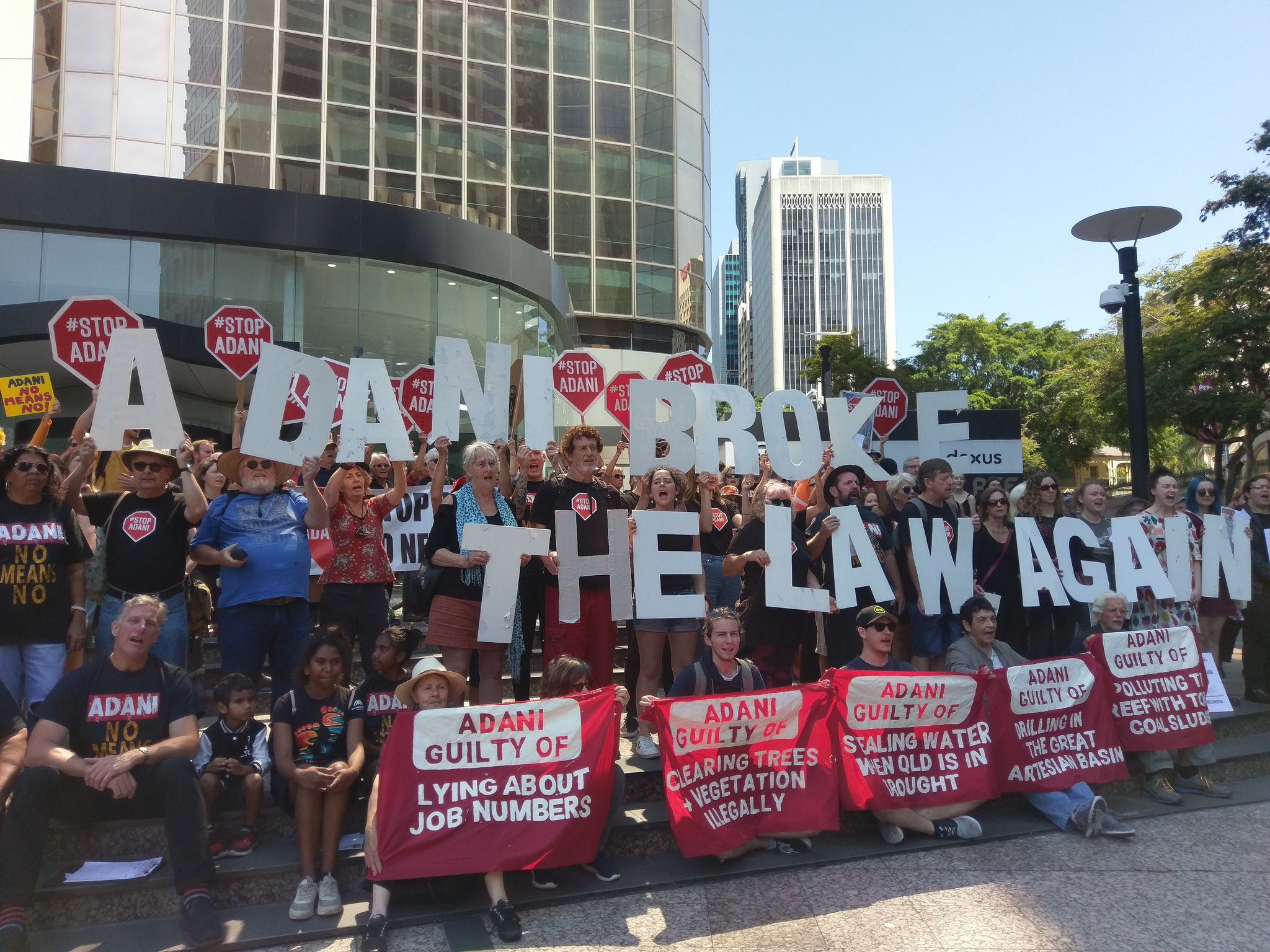 STOPPED ADANI GETTING ANY PRIVATE FUNDING

Thanks to our people-powered movement, Adani can’t find a private investor to back this climate-wrecking project. Dozens of major banks have ruled out working with Adani, including the 4 big...
See More

$1 billion dollars for a billionaire? Yeah, no thanks. When Resources Minister Matt Canavan proposed the insane idea of giving Adani $1 billion of taxpayer money to fast-track the Carmichael...
See More