Swarm your MP week of action

Join the national week of action! No $1B loan for Adani

Any day now, Adani’s application for a $1 billion taxpayer funded loan for their coal mine could be granted. Adani needs the support of both the Turnbull and Queensland state governments for that to happen. 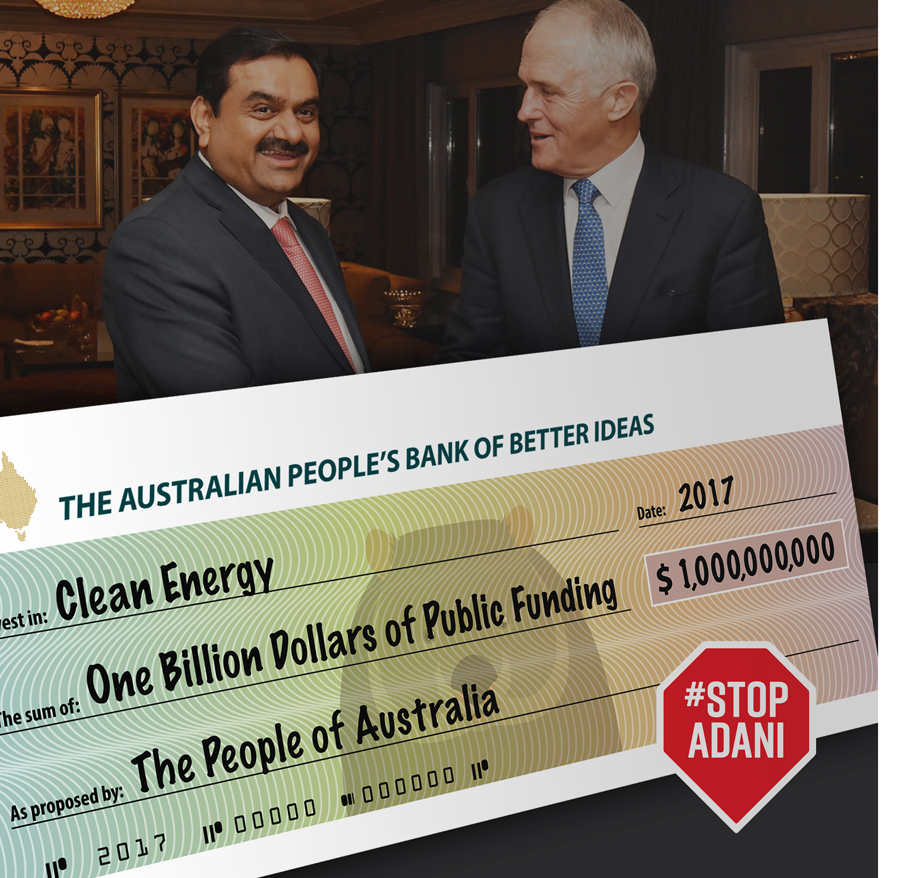 Join the National Week of Action during 15-19 May to let our MPs know: no $1 billion loan for Adani!

For 5 days, we’ll escalate the pressure on our federal MPs locally, so the Turnbull government is feeling the heat nationally. We’ll write to them, phone them, meet with them, turn up at their events and protest outside their offices. We won’t give up until the Turnbull Government rules out public funding for Adani’s disastrous mine.

It doesn’t matter which party your MP belongs to. We want MPs from all parties to feel the heat until they’re screaming from the rooftops – no public money to prop up Adani’s megamine. This puts even more pressure on the Turnbull Government!

The government needs to hear loud and clear from the community and the politicians we elected to represent us – we won’t stand for our public money being used to prop up this disastrous mine.

You can get involved to help swarm your MP and turn up the heat on Turnbull! Check out our week of action page to see how you can take part.