Last week, three of the four insurance companies revealed to be working with Adani ruled out further work on the controversial coal mine. Now, the fourth company, Aspen Re, says it's "reviewing its underwriting appetite for fossil fuels." Adani are struggling to find insurance thanks to the power of the #StopAdani grassroots movement. And without insurance, Adani’s climate-wrecking coal mine can’t go ahead.

Three insurers out in one week. How it happened.

Last week media reports revealed who has been insuring Adani's coal mine: Liberty Mutual, HDI/Talanx, Aspen and AXA, with Marsh as the insurance broker.

The #StopAdani movement immediately swung into action - contacting these companies to let them know they were risking their reputations on Adani’s destructive coal mine. The next day, after just 24 hours of pressure, The Guardian reported Liberty Mutual said “We will not have any further involvement in the Adani Carmichael mine project.” So that's Liberty Mutual out!

Then, in a letter to our friends at Market Forces, HDI/Talanx said "we have even excluded the Carmichael project from insurance coverage for significant suppliers." In this context, suppliers means contractors. So that's HDI/Talanx out! You can find the quote from HDI/Talanx on The Adani List, which is managed by Market Forces.

AXA had already committed to dump Adani. Leaving Marsh and Aspen as the only two companies that we know are providing insurance services for Adani. Here's the story summed up in three amazing headlines. 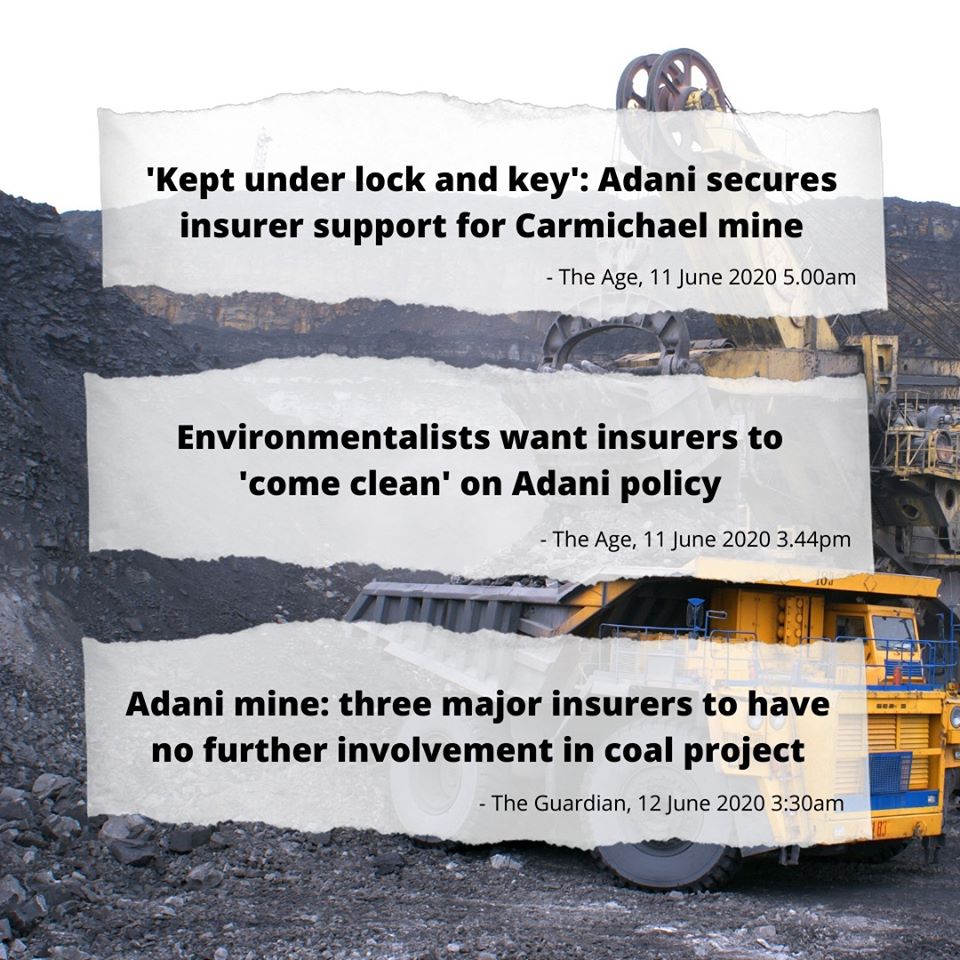 There are not many companies left who could insure Adani’s destructive coal mine. Community pressure is working: we are helping move money from dirty to clean energy projects, and persuading companies to do the right thing by their staff and communities and help solve the climate crisis. Without insurance, Adani’s mine is riskier than ever, leaving the Adani family with mounting costs and a dirty debt-ridden coal mine. Let’s keep pushing!

Tell insurer Aspen Re and insurance broker Marsh to choose people and the climate over coal and rule out Adani now 👉 stopadani.com/insurance