Over two weekends in June, hundreds of people from more than 70 #StopAdani groups came together at #StopAdani Assemblies in Melbourne, Sydney and Brisbane on Wurundjeri, Gadigal, Jagerra and Turrbal lands. Together we took stock of the election outcome and made big plans to ramp up the people-powered campaign to stop Adani’s coal mine.

We discussed how to build the depth and breadth of people power required to tackle the climate crisis, keep fossil fuels in the ground and #StopAdani. We made concrete plans for the months ahead, including ramping up pressure on corporate targets, creative community escalation and conversations to shift the politics of coal. We made plans to support the courageous school strikers to turn out hundreds of thousands of Australians for the September 20 #ClimateStrike, whilst building our movement's power in the process.

We reminded ourselves that, despite what the Murdoch media and coal lobby are telling us, the community is on our side. Concern about climate change has never been higher. The majority of Australians want to #StopAdani and move beyond fossil fuels. More and more people are streaming in to join our movement every day. Together, we are rising to the enormous challenge that the climate crisis presents us.

Against all odds, our people power has stopped Adani exploiting one of the biggest untouched coal reserves in the world for over seven years. And people power is what will stop Adani once and for all.

We are in a marathon, that feels like a faster and faster sprint. But by coming together, strengthening our networks, creating space for deep thinking and new ideas, we will get there.

We look forward to generating more great ideas and plans together in the coming weeks and months. To everyone in this movement - thank you so much for all that you give!

PS - For those that couldn’t make it to the Assemblies, please join the webinar on Thursday July 11 to hear the latest intel and plan for how we’re going to stop Adani! 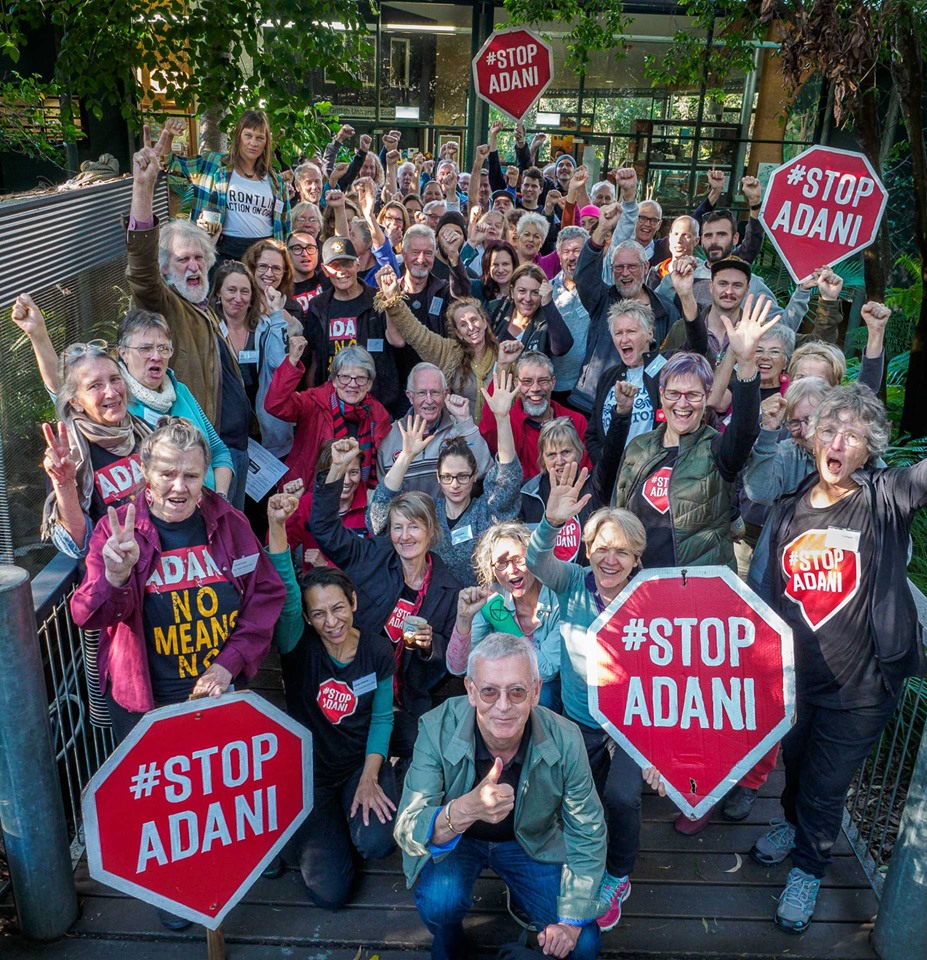 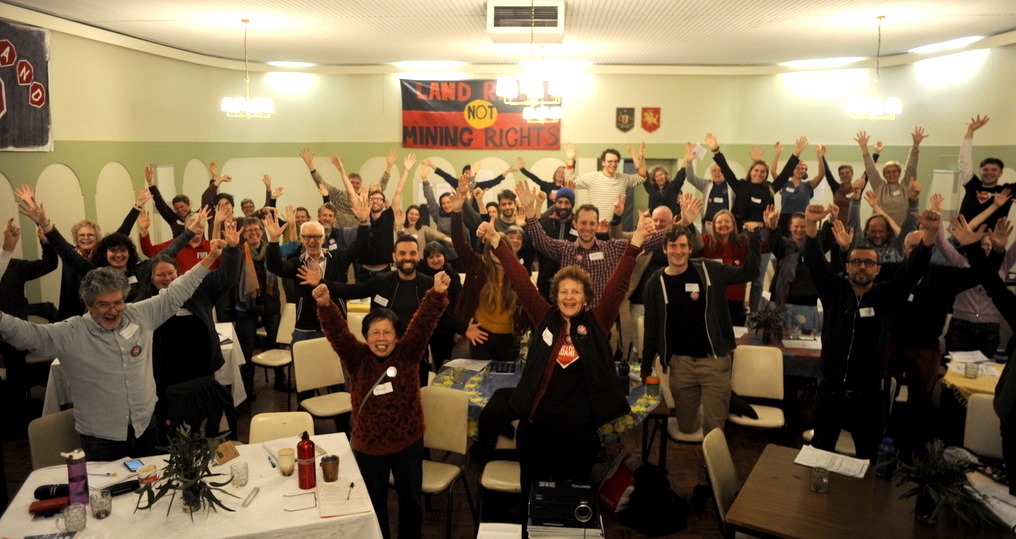 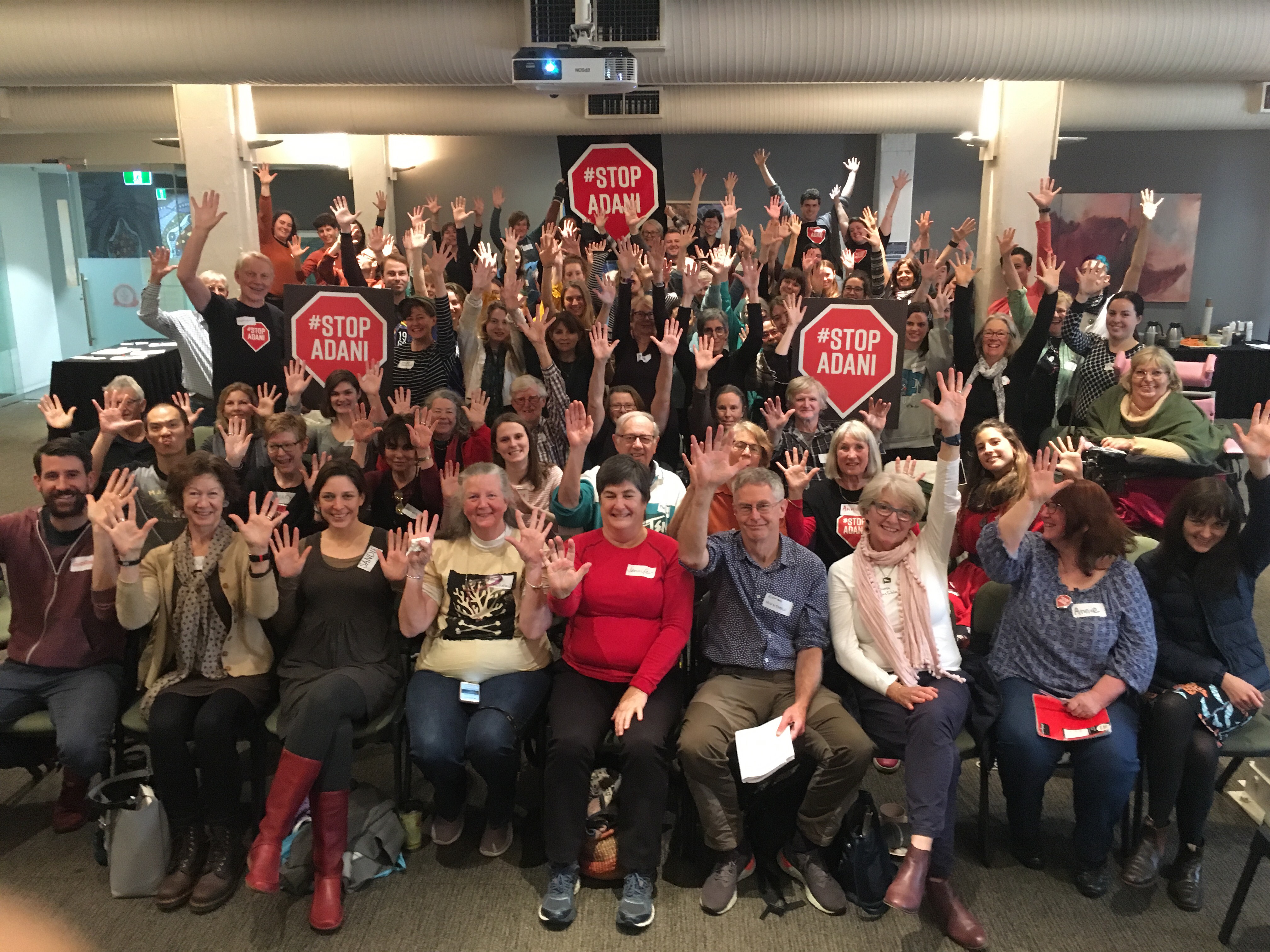