We won't stop until we #StopAdani

A promised veto on public funds for Adani from a new Queensland government. The big four banks walking away. China backing out. Some are heralding this as the end of Adani.

But we’ve been here before and Adani has come back.

In 2015: the campaign to protect the Great Barrier Reef from coal projects was in full swing.

That January, Queensland was again in a state election frenzy. Together, we made sure protecting our Reef from new coal projects was front and centre. We secured promises from Palaszczuk on Adani. She stated that there would be “no taxpayers' money, going towards this project”. [1]

The campaign continued in its stride. That July, the massive Korean construction company POSCO and Adani parted ways, dashing Adani’s hopes for funding from Korea. [2]

Then in August, after sustained community pressure, CommBank ditched its relationship with Adani. It looked unlikely that any of the big four banks would fund Adani’s coal mine. [3]

Sound familiar? But it didn't spell the end for Adani. They took their time and rebuilt.

A year later, Adani came back with a vengeance.

In 2016: the Queensland government gave Adani fast-track status for all their approvals in October. By November, they had granted water licences to Adani with unlimited access. In December, Adani hit the road with a series of regional job forums. And to top it off, we learned that Adani was in the running for a $1 billion taxpayer-funded loan. [2][3][4]

So we took stock and built our power base too. 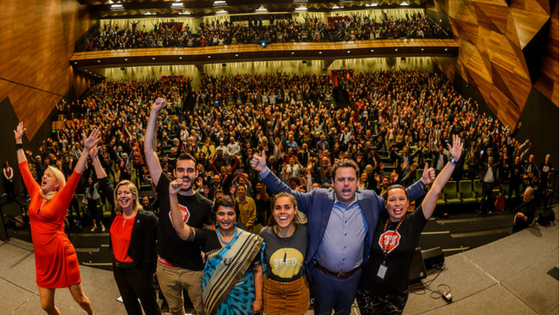 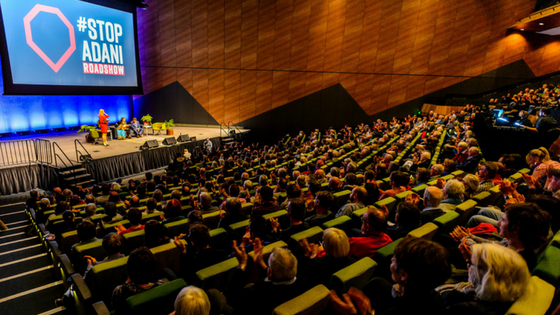 In 2017: we launched the #StopAdani Roadshow in March. Over 4000 people turned out to sold-out events across the country and joined the movement to #StopAdani. Over 160 local #StopAdani groups launched in every state and territory. Community members hosted over 400 screenings of the Guarding the Galilee documentary.

Hundreds of concerned citizens led actions at Westpac and CommBank branches until they ruled out funding Adani’s mine for good.

On 7 October, 20,000 people formed 60+ enormous human signs literally spelling out #StopAdani with their bodies at iconic locations across Australia.

In November, the Palaszczuk government called the Queensland state election. So we called 130,000 Queenslanders before they went to vote. We made sure we were at every media moment and we ensured that whoever formed government in Queensland would veto the $1 billion taxpayer-funded loan to Adani.

Palaszczuk felt the pressure and changed her position on funding Adani, committing to veto the loan if re-elected: "I will draft that letter on premier's letterhead, and if I am re-elected, on the first day of being re-elected I will send that letter to Malcolm Turnbull."

And in just the past few days, China has ruled out loaning money to fund Adani’s coal project.

We have a people-powered movement that is stronger than ever before. We’re not going anywhere until Adani’s coal project is dead and gone. 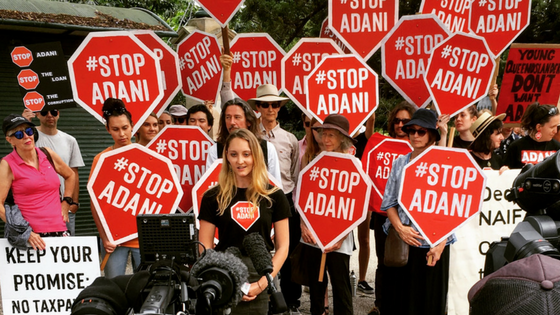 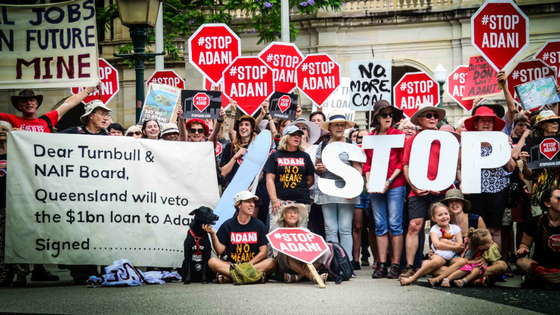 There’s only one way to #StopAdani. We need to get this coal mine banned outright.

That’s where our politicians come in.

Federal Coalition still champion Adani’s coal mine and want to hand over a $1 billion taxpayer-funded loan. We need to make sure they know Australians want both the funding and the mine dead and buried.

Federal Labor says they're against giving a $1 billion taxpayer-funded loan to Adani, but they still support Adani building the biggest coal mine in Australia. Labor could win the next election. We need Labor to be clear in their opposition to Adani’s dirty coal mine.

We want all politicians to commit to moving Australia beyond coal. That starts with stopping Adani. We are committed to keeping the 29 billion tonnes of low-quality coal from the Galilee Basin in the ground.

It might sound impossible. But as we've seen this year, we can and do make the impossible possible. When we apply relentless pressure, cracks appear.

We must be noisier. We must get bigger. We must be relentless in applying our political pressure. We must push the politics of coal to breaking point.

We are already doing it. We are winning.

And we won't stop until we #StopAdani for good!