Labor has to commit to #StopAdani

Adani recently announced they have secured finance for their mega coal mine, with Karan Adani claiming their rail line is also close to securing financial backing. Labor leader Bill Shorten has expressed concerns about Adani, but the ALP hasn't actually committed to stop the mine if it wins government.

Why is it important that Labor commits to stop the mine? Without bipartisan support, Adani won't be able to guarantee the project.

If Labor is serious about stopping climate change and listening to the majority of Australians who don't want this destructive, polluting coal mine, they must commit to #StopAdani.

Watch the video of Gautam Adani’s son, Karan Adani, where he reveals the news. Then take our email action demanding Labor get off the fence and commit to #StopAdani! 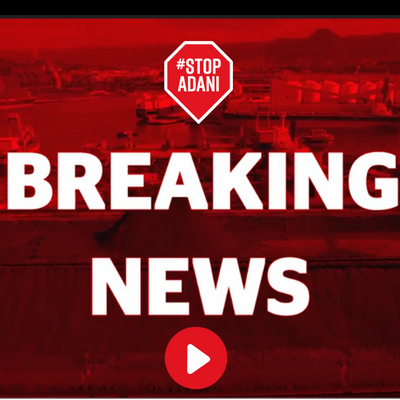 Because of our campaign, Bill Shorten expressed concerns about Adani. But the Labor Party has not actually committed to stopping the mine if it wins government.

Using our easy email tool below, edit and send your own email to Labor leader Bill Shorten, Shadow Treasurer Chris Bowen and Shadow Minister for Resources and Northern Australia Jason Clare, and say: “I want Labor to commit to Stop Adani”.

We know that Adani's Carmichael coal mine doesn't stack up environmentally or economically. We need our politicians to know it won't stack up for them politically, either.

Whatever happens with Adani's finance, we can't afford to wait. We need a political stop to end Adani's mine plans.

Getting Labor to publicly commit to stop Adani’s mine is critical. If Labor commits to stopping the mine, this will scare Adani's investors away. If enough people tell Labor MPs to get off the fence and commit to stopping this disastrous mine once and for all we'll be one step closer to stopping Adani.