In Poland fighting for more Reef protection, no more coal

In Poland fighting for more Reef protection, no more coal

Our partners at Australian Marine Conservation Society have taken their massive Fight for our Reef campaign to the UNESCO World Heritage Committee meeting in Poland this week. Here is their story of how it's going.

As Australians we know the value of our Great Barrier Reef. We know it’s critical to our oceans – on our coasts and worldwide. We know it’s an international treasure, intrinsic to both Australian identity and our earth’s history. We know its beauty can imprint memories for life. And we know the facts – that losing this incredible world heritage-listed place means losing the homes of countless species, 64,000 jobs, $6.4 billion to our economy annually, and a net value of $56 billion.

Earth’s largest coral reef, our 10,000 year old Great Barrier Reef supports a quarter of all ocean life, from the shallows to 2000 metres deep. And, as one of the most biodiverse places on Earth, it is truly globally significant.

We know this. And the United Nations Organization for Education, Science and Culture (UNESCO) knows this. Hence they confirmed our Great Barrier Reef’s Outstanding Universal Value in 1981, when they granted our Reef world heritage listing.

But despite being one of Earth’s most important places our Reef is in serious trouble due to climate change. And, instead of doing something, our Australian Government is shamefully failing the Reef and its people – who overwhelmingly want climate change action and to hold on to our Reef.

We must act now. We cannot afford to wait. So we’re asking the United Nations for help.

Three of us are in Krakow, Poland right now at UNESCO’s 41st World Heritage Committee meeting. We’re asking heritage custodians from across the planet to help us create a future where our coral reefs – the Great Barrier Reef and reefs worldwide – can survive.

Half of the world’s coral reefs have vanished in the last 30 years. Our remaining reefs face a more dangerous, universal threat than ever before from our rapidly warming oceans.

Underwater heatwaves cause our corals to stress, bleach and die if the water remains too hot for too long. If we don’t act now, some say coral reefs could become extinct by 2050. 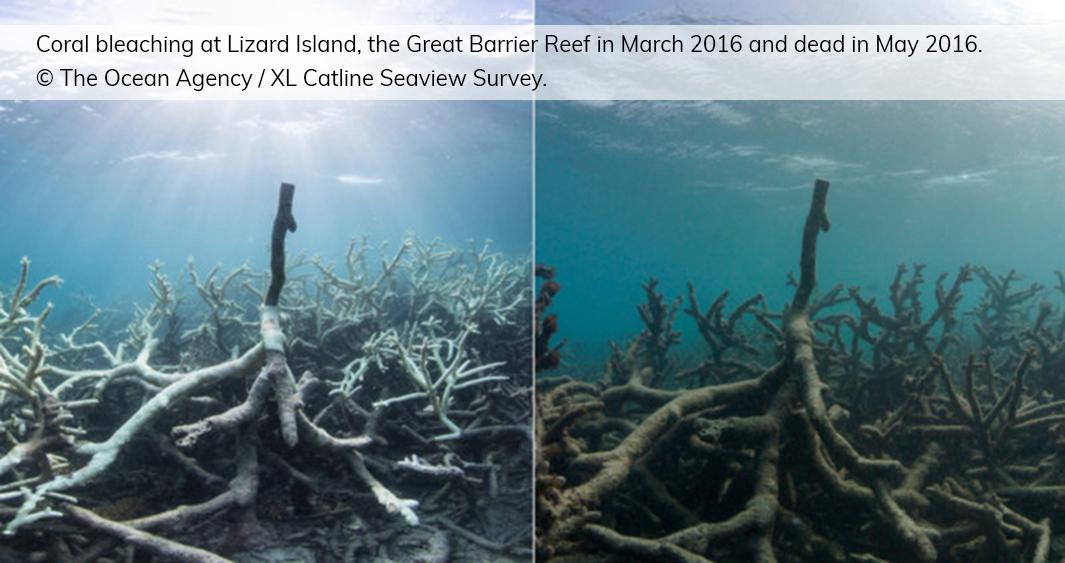 Time is critical for our Great Barrier Reef and all global coral reefs. If our reefs are to survive – worldwide – all nations must take strong climate action.

We are also taking handwritten letters by Great Barrier Reef locals to each of the 21 delegates. Each country delegate will be given a passionate personal story, penned by someone who lives and breathes our Reef, to show how valuable and important this place is to its people.

And we have the world’s leading coral expert, the ‘Godfather of Coral’, Charlie Veron, alongside us. Charlie is adding his expertise to our conversations to guide and inform delegates along the way. UNESCO’s powerful recent report – Impacts of Climate Change on Coral Reefs – is also officially launched this Tuesday. We hope it will be the harsh reality check needed to evoke a strong action from world heritage committee delegates – and the world.

Working together with WWF and Earth Justice we’ve also been gathering global voices to speak out for strong reef protection and urgent climate action – with our petition now reaching over 30,000. If you haven’t yet signed it, please add your voice and sign today (and ask your friends).

As both our Campaign Director, Imogen Zethoven, AO, and the world’s number one coral expert Charlie Vernon continue to educate and engage world leaders this week, we will update you throughout. So together, as one world with a shared global heritage, we fight for the future of the Great Barrier Reef and coral reefs throughout the world.

Have you signed the Fight For Our Reef petition? Ask the UN for climate action for global coral reefs now >>