The Australian Youth Climate Coalition is one of the StopAdani Alliance's key leads working on getting Westpac to distance themselves from Adani, alongside other partners like 350.org and Market Forces.

Interested in how they did it? Here is their report back to their members on how people power, smartly focused at a target, brought the goods.

On Friday, Westpac announced their new climate change policy - in it was a commitment to not fund any new thermal coal basins (that includes Adani), and a transition plan to clean energy.

It’s been three years in the making though, and we wanted to share the journey with you.

In 2014 we learned that for Adani to open the Galilee Basin and ship coal out of the Great Barrier Reef, they’d need at least one Australian bank to support them.

So we got started on pulling together a campaign to get Westpac to rule out funding, our strategy was to influence them by building a powerful movement of young people who would:

AYCC had never campaigned against a bank before, and at times it felt near impossible to move the 4th biggest company in Australia. But with the dedication, creativity and courage of thousands of people, we did it! Westpac on Friday ruled out new thermal coal basins, including Adani's coal mine.

In July 2014 we launched the campaign at our National Summit with 200 young people in Canberra. This was the first of many (thousands) of visits young people paid to Westpac bank branches and HQs. 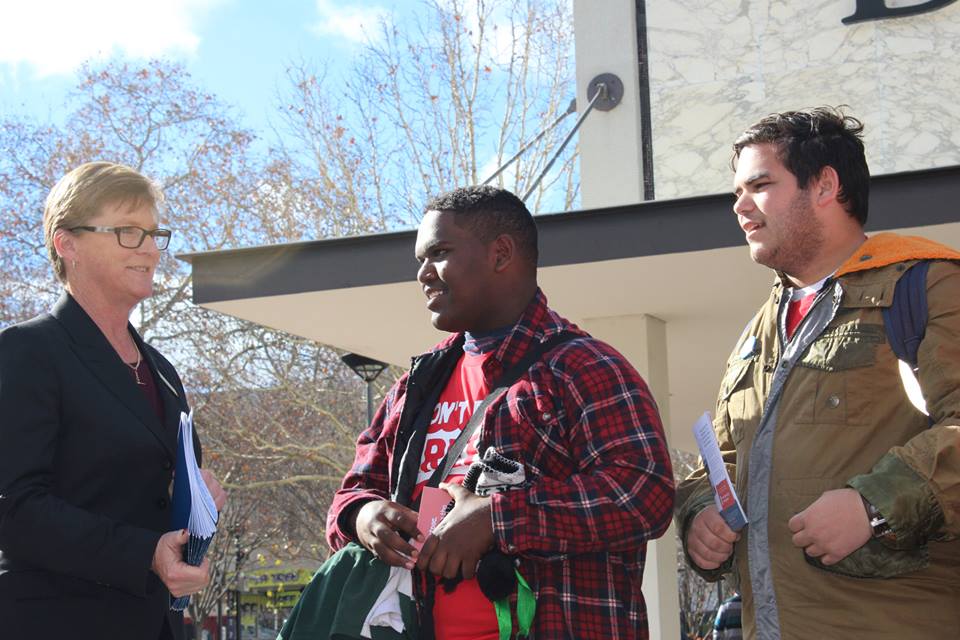 We brightened staff members’ days with cupcakes, costumes and kept them updated on the latest climate science and information on Adani’s coal projects. 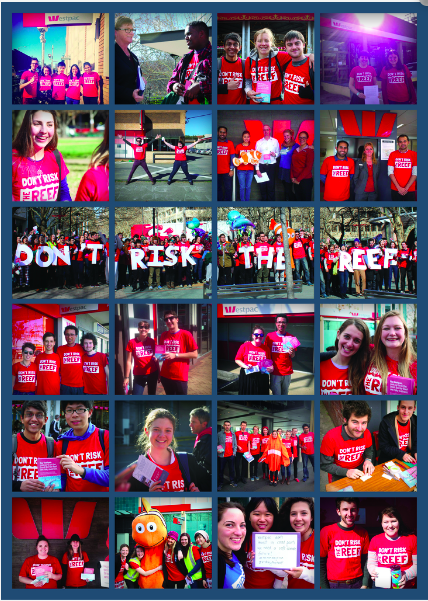 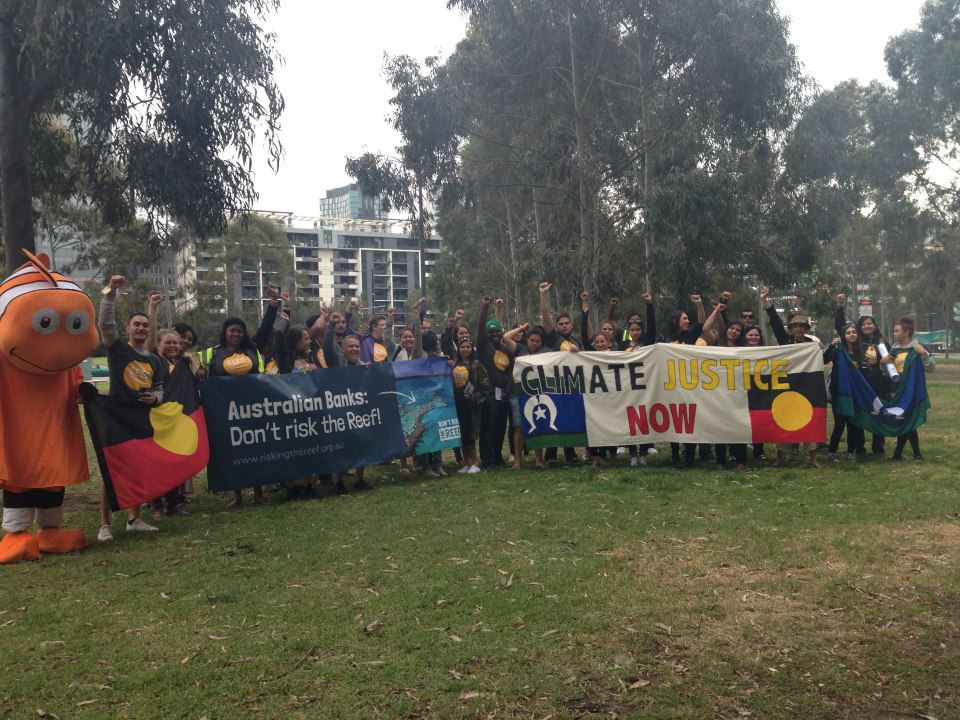 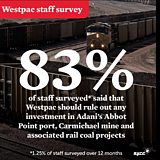 We had tens of thousands of conversations with customers, and delivered the message to Westpac. We filled their AGMs with questions about climate change, respecting Indigenous rights and their fossil fuel investments and held actions outside…

When Westpac refused to budge, we turned our sights to the other big banks to create the space for Westpac to move. Replicating the above tactics we were successful in getting NAB to rule out involvement, and CommBank and ANZ to publicly distance themselves from Adani’s coal projects.

At the end of last year, as Adani threatened to get financial close and the Australian Government pledged $1 billion, we knew it was time to ramp up pressure again on Westpac. Volunteers ‘adopted’ 150 bank branches and visited them every week. 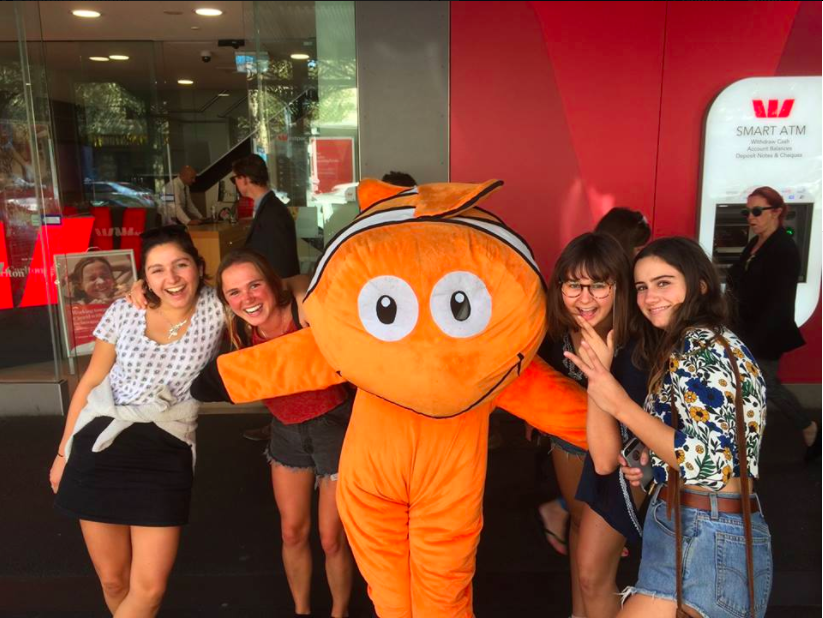 At Westpac HQ, our conversations with staff became a weekly, and then a daily occurrence. 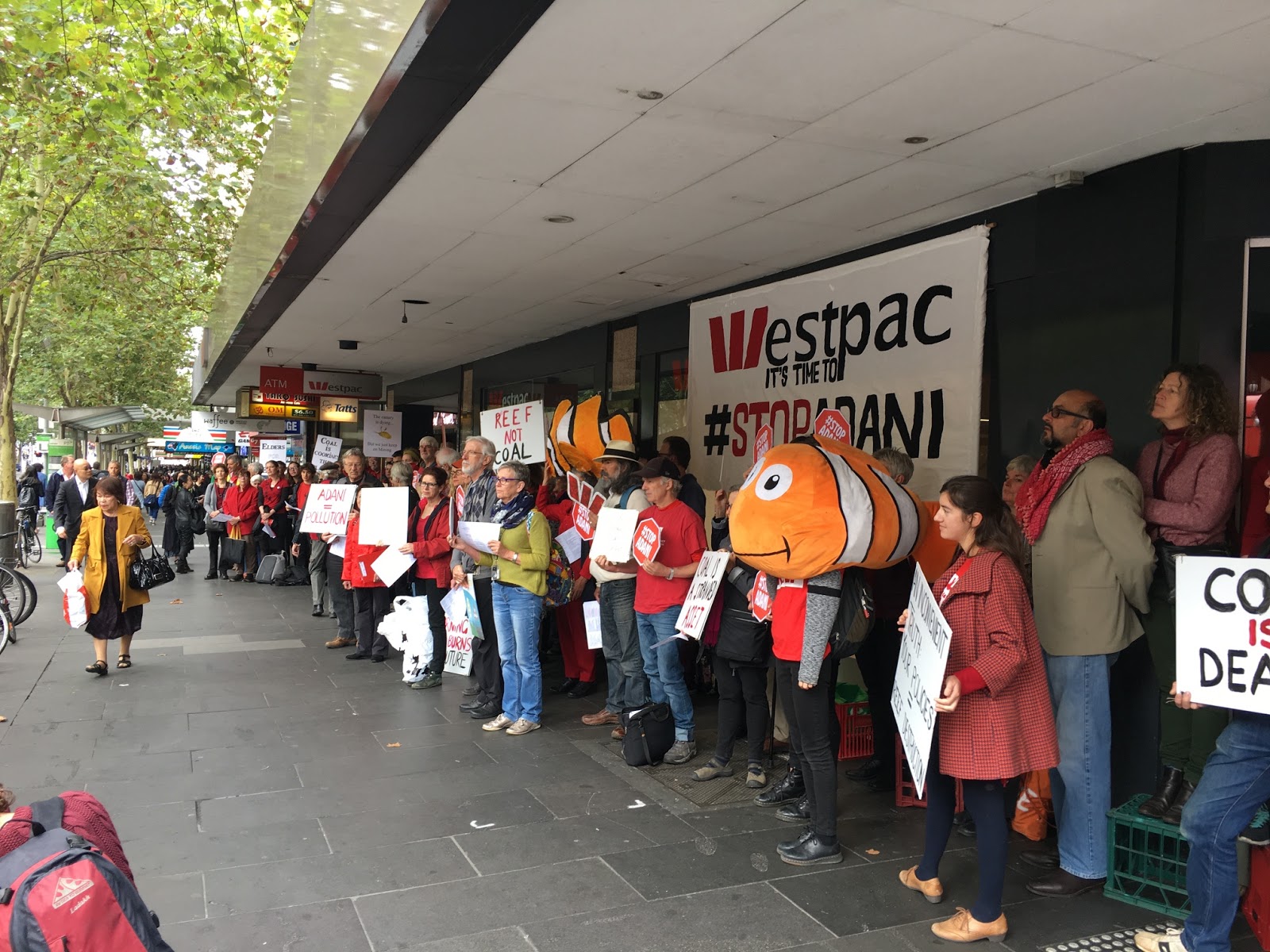 And in the lead up to their 200th birthday this month, we held parties in bank branches and with the #StopAdani alliance brought 400 people to a street party outside their 200th Gala event. 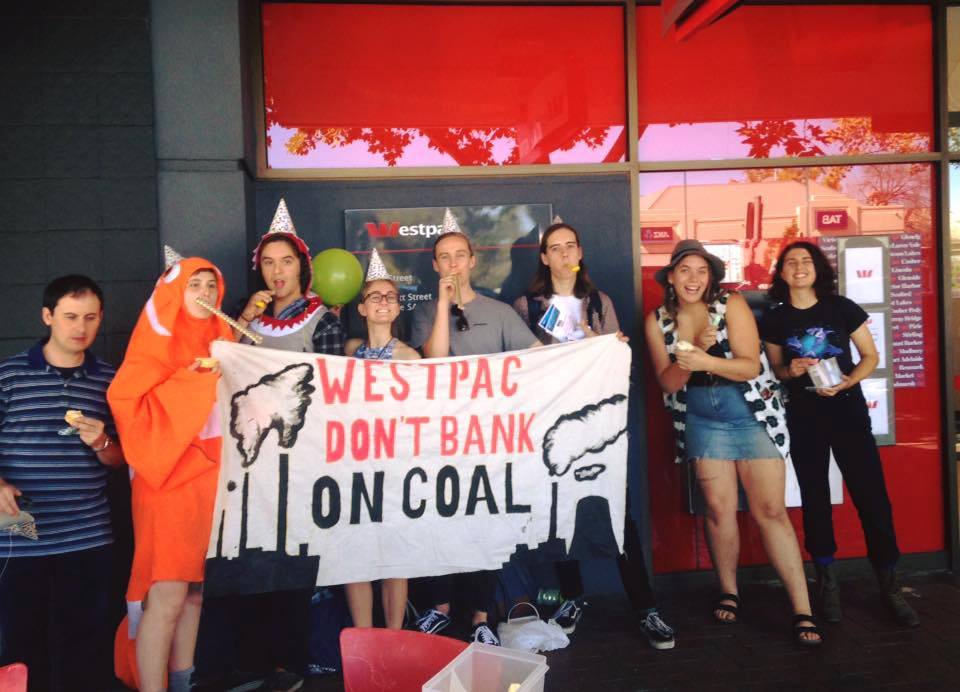 All of the pressure has worked, and on Friday Westpac announced their updated climate policy, which not only rules out involvement in Adani but sets a pathway to transition out of thermal coal and into more renewable energy.

What we love most about this win (apart from putting one more nail in the coffin of Adani’s project) is that it really highlights what is so powerful about the AYCC and Seed:

The campaign doesn’t stop here. Our next stop is making sure the Government does not give $1 billion to Adani’s coal projects through the Northern Australia Infrastructure Facility. We are very concerned about the promises Turnbull is making to use this fund to open the Galilee Basin and build gas pipelines in the NT. We’ll be ramping up pressure around the budget and in the following weeks, in communities across the country, at Parliament House and on social media.

Here’s some of the press from the day: