Canavan’s resignation an opportunity for a Minister for Renewables

Canavan’s resignation an opportunity for a Minister for Renewables

Resources Minister Matt Canavan quitting Cabinet opens the door for Prime Minister Malcolm Turnbull to appoint a new, permanent Minister who will capitalise on the renewables boom and the job opportunities this provides for Northern Queensland.

Matt Canavan has acted as the self-appointed Minister for Adani, ignoring the enormous opportunities that exist for renewables by supporting a dying industry. 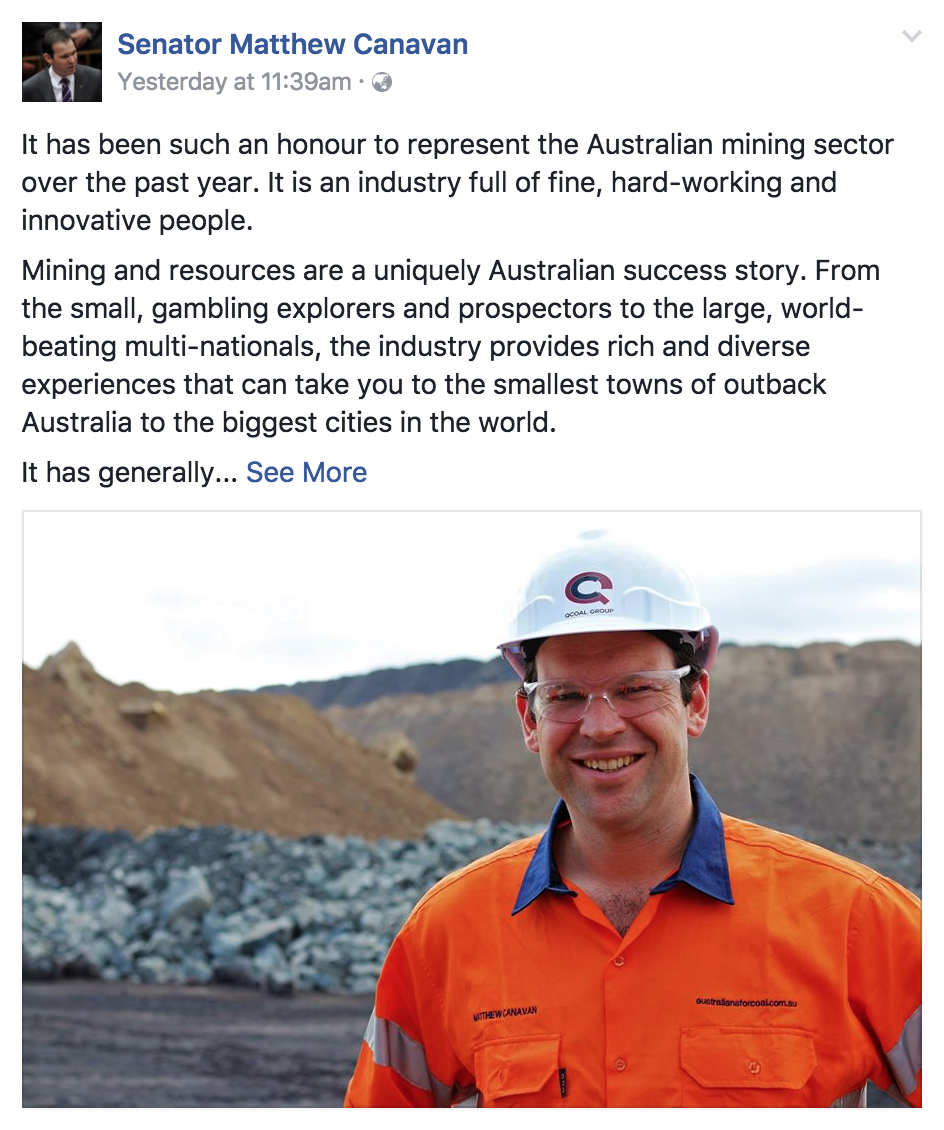 There is nothing to suggest Barnaby Joyce will act any differently. However, we do nonetheless have an opportunity to do things differently, and Barnaby should take note that there are seven renewable energy projects being developed within 400 kilometres of Townsville. Large scale renewables are the way of the future and it’s illogical to do anything but support this booming industry.

This unexpected turn of events is an opportunity for the Turnbull government to rule out the $1 billion public loan to Adani for its private rail line and leave the success of the mine project to the market.

A gross error of Canavan has been to politicise the work of the Northern Australia Infrastructure Facility, turning it into a slush fund for the Turnbull government, which appears desperate to support Gautam Adani’s private business interests.

Poll after poll show Queenslanders want large-scale renewable energy projects not a dangerous coal mine that will fuel climate change and destroy the Reef. Three times as many Queenslanders oppose taxpayer subsidies from Federal or State governments to the Adani mine as support them.*