This week the major parties voted to change native title laws to assist Adani get is destructive mine project over the line.

But the Wangan and Jagalingou people, who oppose the project being built on their lands, say they will continue to fight for their rights.

They have four matters in the court.

Our people are the last line of legal defence against this mine and its corrosive impact on our rights, and the destruction of country that would occur.” 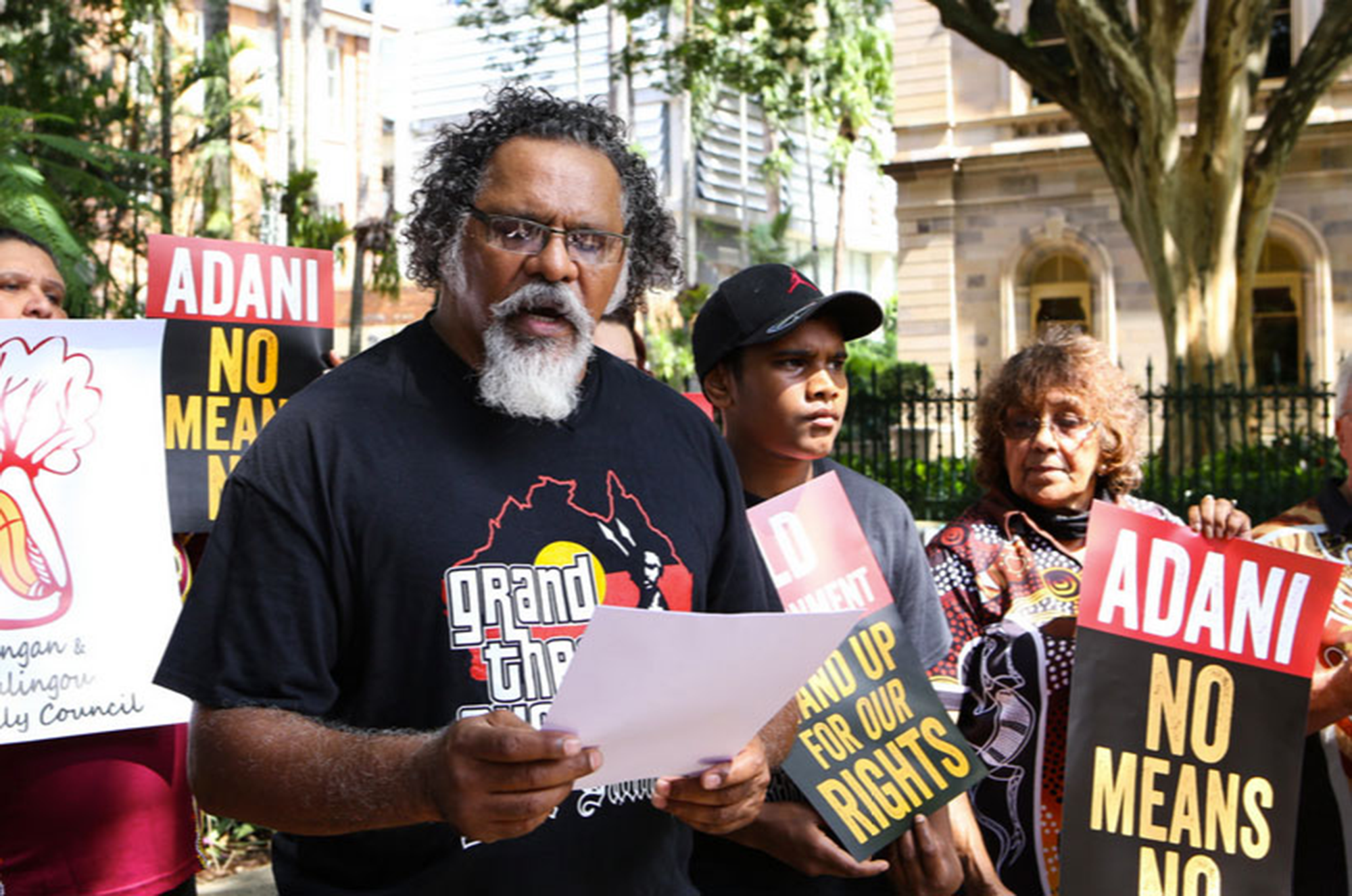 Only the Australian Greens voted against the laws.

One clear reason to oppose the Bill was the dismal consultation that occurred with Indigenous people around the nation.

“It is wrong to try weaken the Native Title Act and change the rules to suit Adani and the mining lobby at the expense of Aboriginal rights. Native Title laws are crucial to protect our culture from fossil fuel companies bent on destroying our land."

While Adrian Burragubba sets the scene for what's to come:

“We declare our right to our land. There is no surrender. There is no land use agreement. We are the people from that land. We're the rightful Traditional Owners of Wangan and Jagalingou country, and we are in court to prove that others are usurping our rights."