I am a retiree, a grandmother and a widow. Never thought about becoming an activist. I am normally a reserved, private person.

The projected impacts of the Adani Carmichael Mine terrified me. When I found out about the senseless concessions given to Adani Australia by the Queensland government and the Federal government, I was outraged.

My decision to lock on to the gate of the Adani Mine in Central Queensland came about when I found out that some Chinese banks were considering funding the mine. With the help of many wonderful supporters from camp, the action was a great success (we stopped work for about 7 hours) and well-publicised.

We are fast approaching a tipping point of the climate and it is now more urgent than ever to fight for a liveable planet.

Personally, I am devoting most of my spare time to the cause – for the sake of my children, grandchildren and all future generations. This ‘reluctant radical’ has got a lot of steam left. 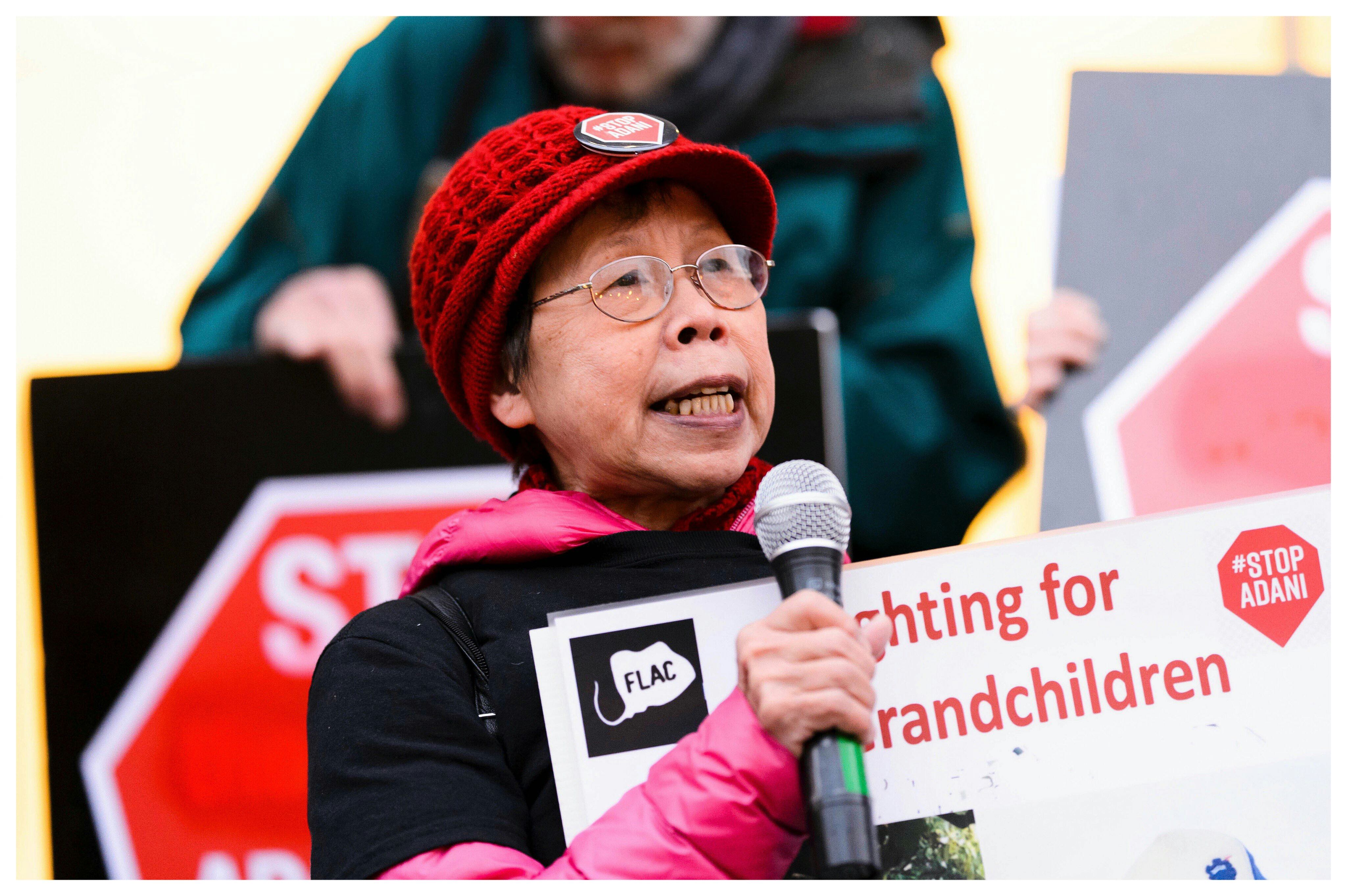