In March 2017, Adani massively breached their licence at the Abbot Point coal terminal by releasing coal-laden water into the ocean, right next to the Great Barrier Reef Marine Park. The Queensland government issued a paltry fine of just $12,190. 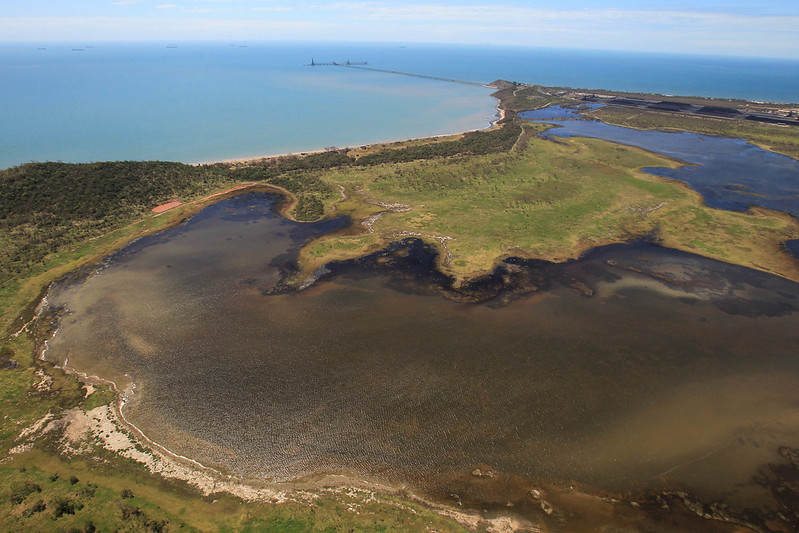 Just before Cyclone Debbie hit Queensland, Adani scrambled for a special licence allowing them to pollute well above normal limits during severe weather. Yet, even with a special licence to pollute, it was revealed that Adani discharged wastewater that exceeded their pollution licence by 800%.

Vast swathes of the environmentally sensitive Calley valley wetlands were blackened by the coal laden water released from Adani’s port.

Adani challenged the fine in court but through the course of contesting the fine Adani was found to have altered a lab report to hide levels of pollution caused by its coal spill.

Documents and emails released under Freedom of Information laws revealed Adani spent a year trying cover up information about the reef spill. Adani and the Queensland government  knew the spill would be in breach of the law but they allowed it to happen anyway.