Massive financial institutions, including BlackRock, State Bank of India, JP Morgan Chase, MUFG and HSBC, are enabling one of the biggest coal expansions on Earth by investing in global coal giant Adani. Adani are building the biggest coal mine in Australia’s history and are planning to massively expand their coal business across India with new coal mines, ports and power stations.

Adani’s financiers are complicit in their massive coal expansion - but they have the power to stop it. They can push Adani to stop building new coal. And, if Adani refuse, they can refuse further funding and divest.

Can you tell Adani's biggest investors to put their money where their mouth is and stop investing in Adani until Adani stops investing in coal? 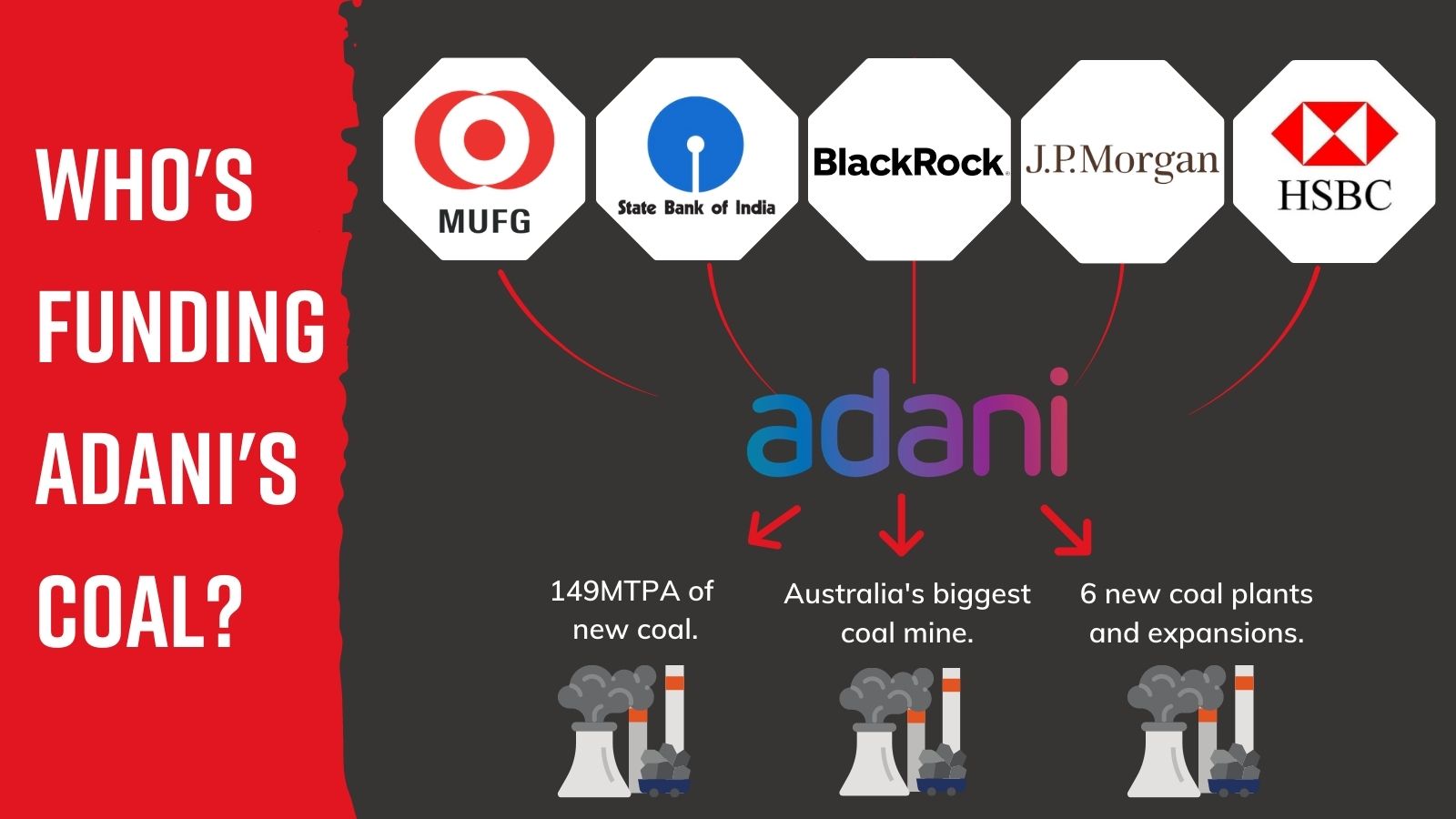 Adani's major investors are some of the world's biggest funders of fossil fuels. Let's push these companies to stop Adani’s coal mine AND help stop countless other coal projects the world over.

1. BLACKROCK(USA)
💰in Adani: USD$450M of Adani Group shares + almost USD$200M of Adani’s US bonds
💰in fossil fuels: One of the world’s biggest investors in coal, with holdings in coal valued at over USD$84B.

2. STATE BANK OF INDIA
💰in Adani: Considering $1B loan for Adani’s coal mine. Major shareholder in Adani Ports
💰in fossil fuels: USD$21.5B since Paris Agreement

3. MUFG (Japan)
💰in Adani: Bond arranger for five Adani Ports deals worth over US$3 billion. Shareholder in Adani Ports.
💰in fossil fuels: USD$148B since Paris Agreement. Sixth biggest funder of fossil fuels in the world.

4. JP MORGAN (USA)
💰in Adani: Major Adani Ports bondholder and arranger, arranged deals over $3.5billion
💰in fossil fuels: Over USD$316B since Paris Agreement. The worst bank in the world on fossil fuel financing.