14 CommBank branches shut down across Newcastle

14 CommBank branches shut down across Newcastle

Congratulations CommBank, You Played Yourself.

For a company facing mountains of public pressure and well-earned criticism, their public relations response to community demonstrations last Wednesday in Newcastle was a textbook example of what big brands shouldn’t do.

If you had an existing relationship with Adani, you’d have been sweating too. You’re minding your own business, facilitating loans to the world’s biggest polluters, when 300 citizens in Newcastle – within range of 15 of your branches – are very publicly preparing to peacefully express their opposition to Adani’s proposed Carmichael mine on your premises.

Could you label the gathered citizens as rebels and outsiders, turning the community against them?  Maybe, except those citizens – students, parents, grandparents, First Nations elders and their families, farmers, businesspeople, church leaders, even a 95-year-old Kokoda veteran – are precisely the community you have to win over. 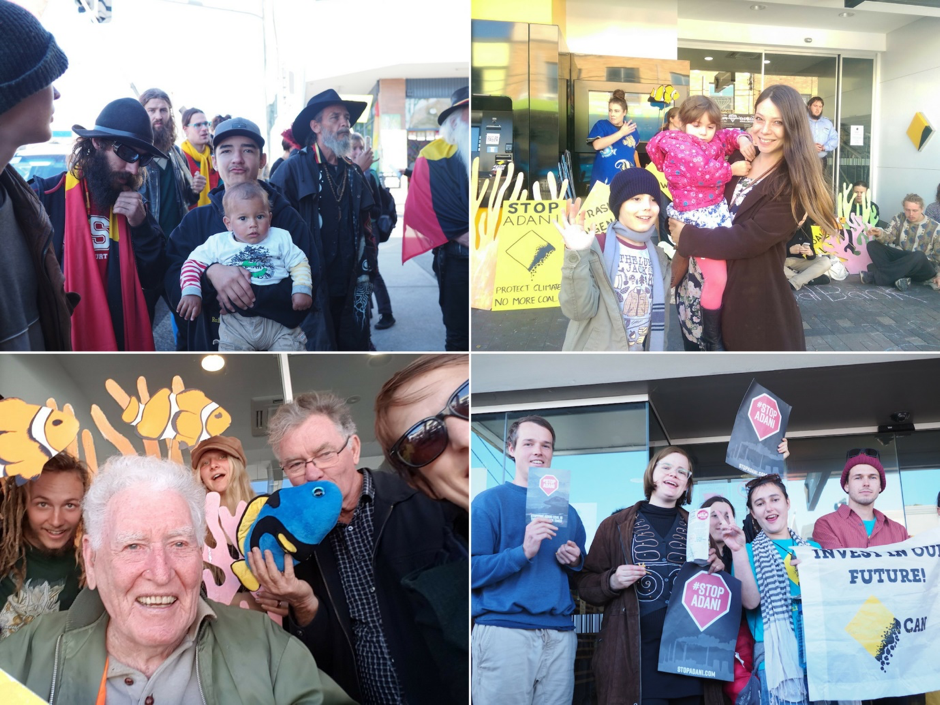 Could you allow citizens to peacefully express opposition to Adani as intended, opening meaningful community dialogue about the project? For CommBank, that would highlight their continued courtship of a company whose record is marred by bribery, corruption and environmental destruction allegations.

So CommBank withdrew. At 9am that Wednesday, we assembled on an oval in Newcastle for an action briefing – our community was going to colourfully and creatively express our opposition to Adani inside four local branches. At 10am, we gathered our signs, instruments, banners, and props, and started moving to our locations. As we did, we learned that at least two of those branches had already closed their doors ahead of us.

Undeterred, we scoped out a couple of new locations. Upon arrival, each action group received the same warm welcome: locked doors, security guards, police officers, and a vague notice of closure. 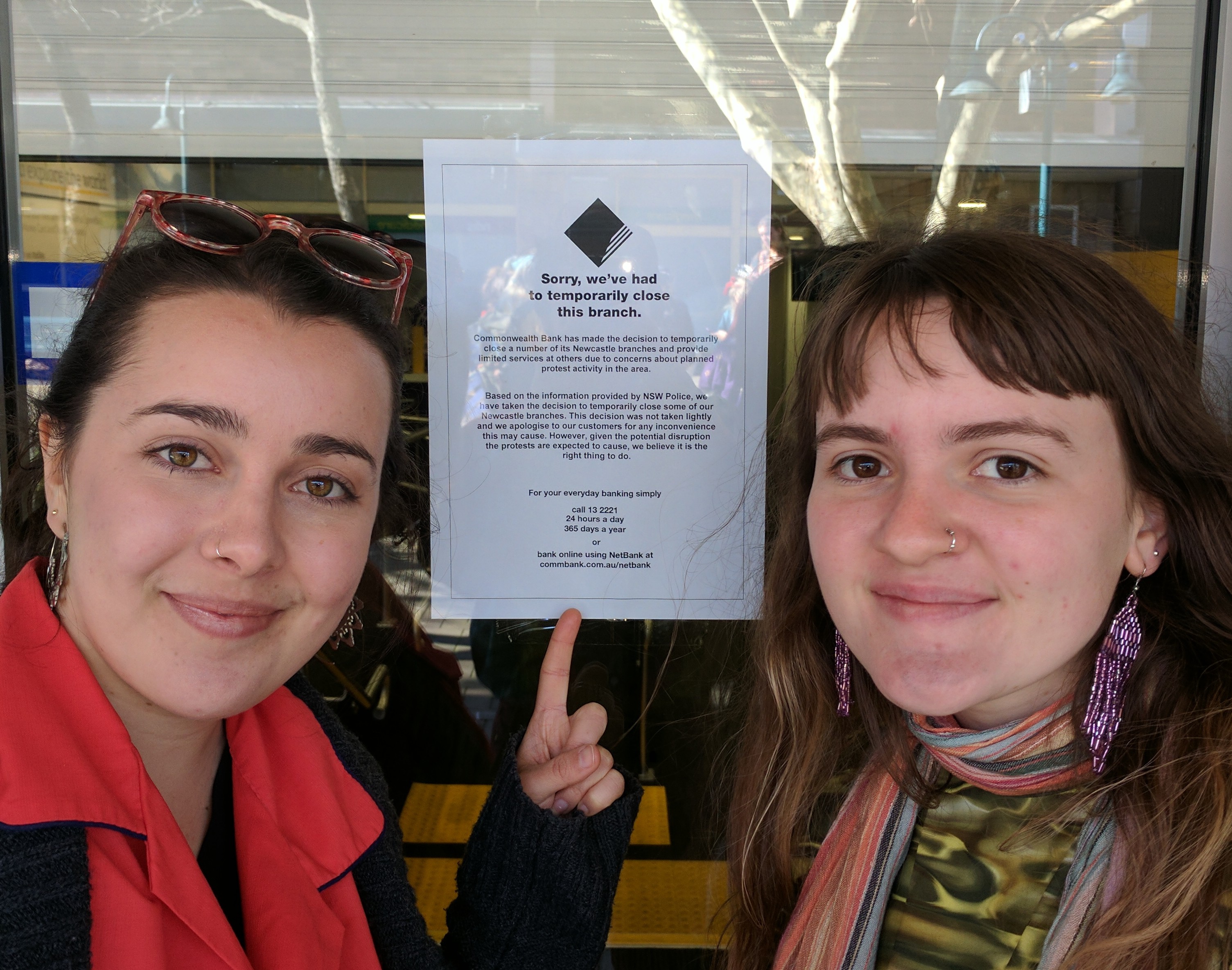 But we expressed our opposition anyway. There were chants, there was dance, there were songs, we spoke to throngs of customers, disappointed their bank decided to close its doors than engage dissenters in dialogue. My group (Dancers Against New Coal Exports – D.A.N.C.E!) spent 4 hours partying outside a branch with coral cutouts, recruiting more than a few local passers-by who value our Great Barrier Reef over fossil fuel profits.

Each hour that passed, more reports came in of branch closures throughout the Hunter Valley. 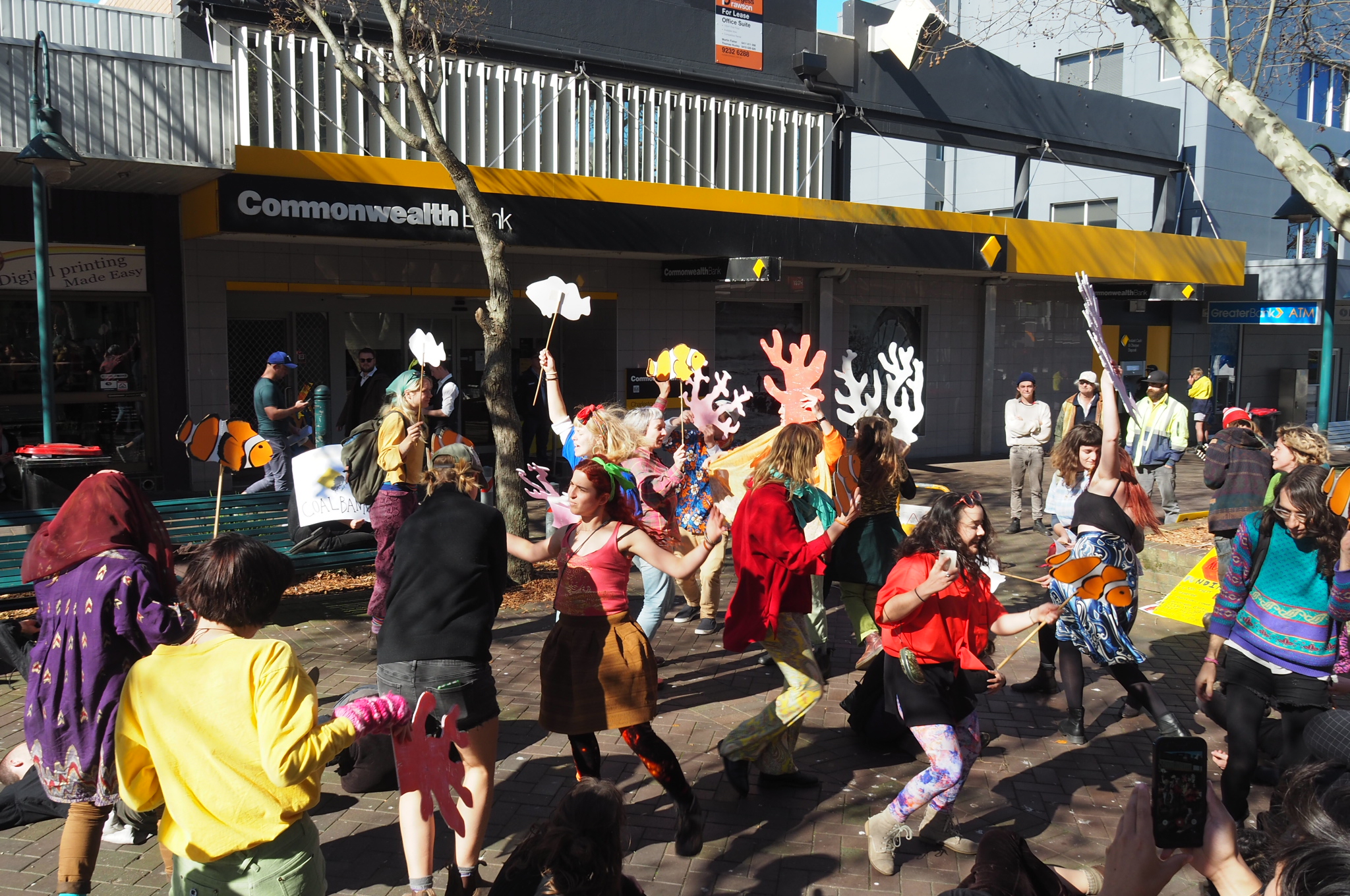 What does it mean, that hundreds of “valued” customers were met with locked doors and police presence? That 300 community members from all walks of life gave up their day to make a statement? That customer relations were handled not by CommBank, but by those community members camped on their doorstep? 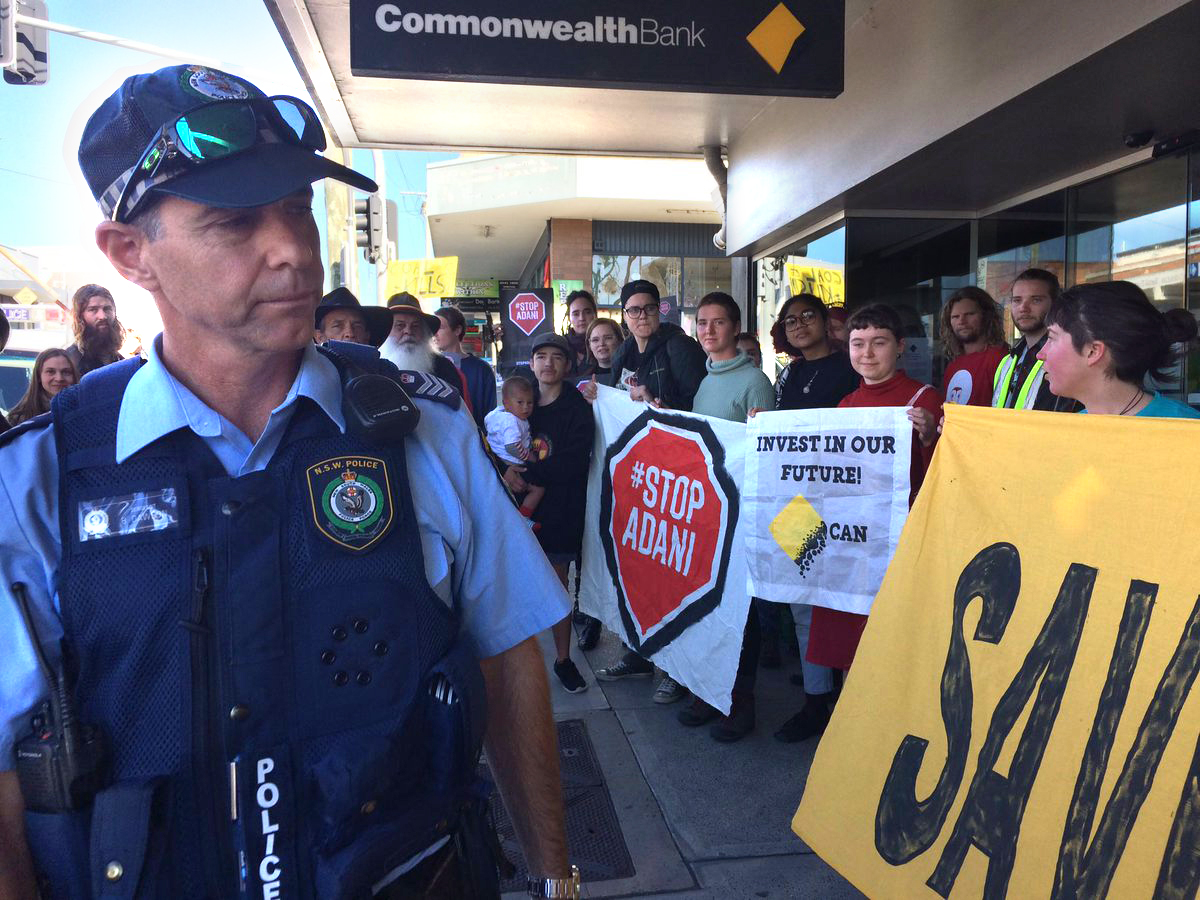 It means we’re winning. CommBank knows Adani has no social license. Their arguments for continued support of Adani are so weak, they’d rather say nothing. The attention drawn to in-branch actions is getting to be so negative for their brand, they’d rather alienate existing customers than risk more bad press.

Of course, there’s another option CommBank could take – rule out funding Adani. It must be looking more appealing by the day. CommBank is starting to see they have far more to lose by siding with Adani than they have to gain. So close your account, join a local group, and get active – your actions count more now than ever.