Water. For a drought-prone nation like ours, it's our most precious resource.

But did you know Adani's water licence allows the mining giant unlimited access to Australia's precious groundwater for 60 years?

As if this isn't enough, Adani has revealed yet another new water scheme — a plan to suck another 10 billion litres of water for its mine, this time out of the Suttor River. This is in addition to their current water licence.

Here's a full breakdown of Adani's water schemes, and what we need to do to protect Queensland's precious water.

Adani and the Suttor River

Adani wants to extract 10 billion litres of water from the Suttor River and send it through a new, 61km pipeline to the Carmichael coal mine.

In its referral, Adani claims that the scheme is not captured by the federal water trigger, which means it would not require a full environmental assessment, with input from an independent expert scientific committee.

“Adani is trying to sneak through a massive 10 billion litre water scheme, including a dam and pipeline, without a full environmental impact assessment under federal environment laws.”— Carmel Flint, spokesperson for Lock the Gate.

Adani also wants its water infrastructure to supply other proposed Galilee Basin coal mines in the future. This could triple the amount of water taken - all without proper scrutiny or public consultation. 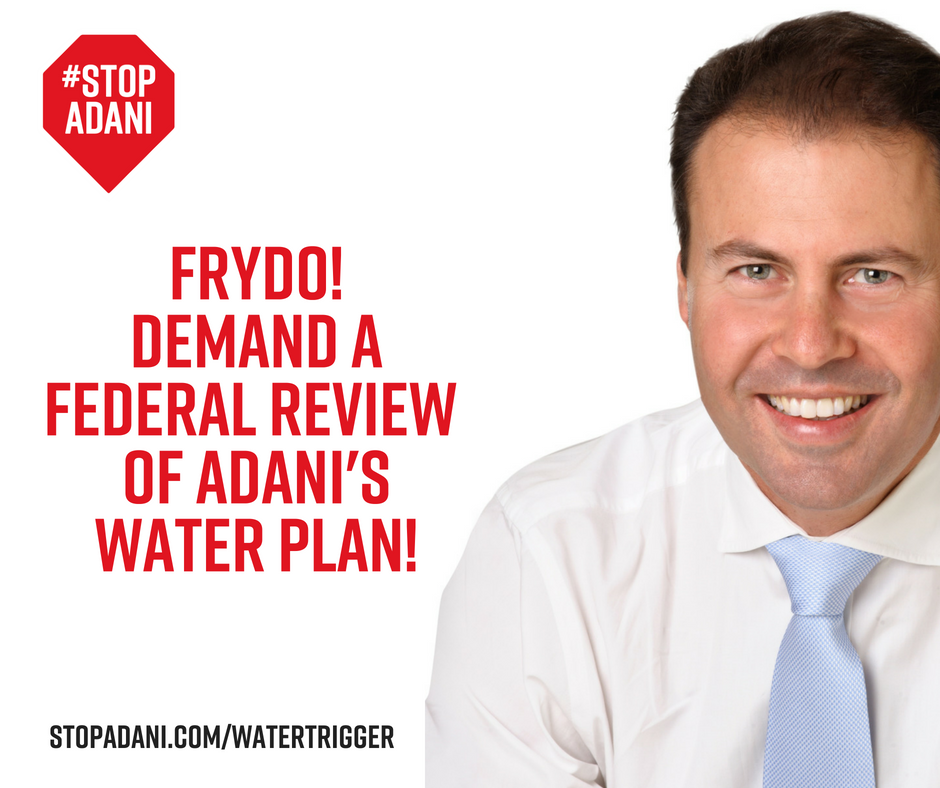 Ask the Minister for Environment and Energy to conduct a full environmental impact assessment of this water scheme under the Environment Protection and Biodiversity Conservation Act.

It's time to put Queensland’s precious water before polluting coal mines! Adani’s proposal must be thoroughly reviewed by the Independent Expert Scientific Committee.

Adani and the ancient springs

If the Adani mine goes ahead, billions of litres of water will be lost to this dirty, polluting, mega coal mine. One of Australia's most pristine and protected ecosystems – the ancient Doongmabulla Springs — will be irreparably damaged.

Adani is required to provide water management plans on how it will minimise the impacts of its mega coal mine. But independent water experts say Adani's so-called "plan" to protect our groundwater and the ancient Doongmabulla Springs will do nothing to protect them at all. 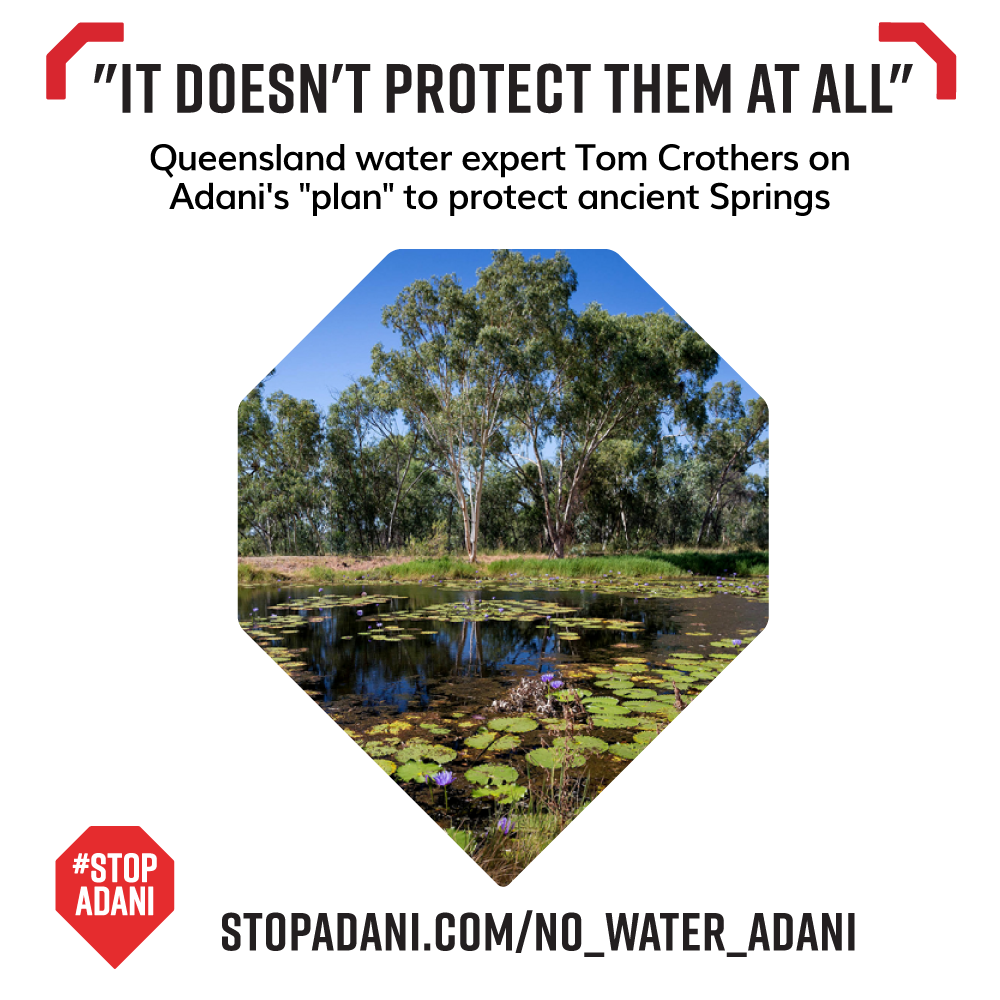 "Adani's groundwater management plan contains holes that are so big you could drive a coal train through them." — Paul Sinclair, campaign director at Australian Conservation Foundation.

Queensland Government-owned water corporation SunWater has secretly entered into contracts with Adani, according to documents identified through a Right to Information request. But the Queensland government is shielding Adani from...
See More