We just walked out on Westpac

We just walked out on Westpac to do this instead

Campaigners from Greenpeace, AYCC, 350.org, Australian Conservation Foundation, and Market Forces just walked out of a meeting with Westpac's "sustainability team" after just 15 mins, and we are angry!

People across the country have put the pressure on Westpac to not support the Adani mine. They invited us to the table, but they're not listening yet.

Last week our group of campaigners decided to leave the meeting early, together, when bank officials refused to answer questions about Westpac’s position on the proposed Adani coal mine in Queensland.

“It is quite frankly offensive for the bank to tell us they are engaging in practises compatible with avoiding dangerous warming and still refuse to rule out funding for the Adani coal mine, which would be devastating for the global climate and our reef,” 350.org CEO Blair Palese said.

“We were not going to sit in a meeting with the bank and hear about how they’re not damaging the planet while they refusing to rule out involvement with the largest coal mine in Australia’s history nor to say where they stood on phase out investment in new thermal coal.

To show them we mean business, we've got volunteers working every day across the country on a massive new public campaign to force Westpac's hand. If we can ramp up the pressure on their brand, their staff and boards of directors, we can force them to rule out funding Adani, and move away from fossil fuels for good.

Here's what some of our supporters did last night instead! 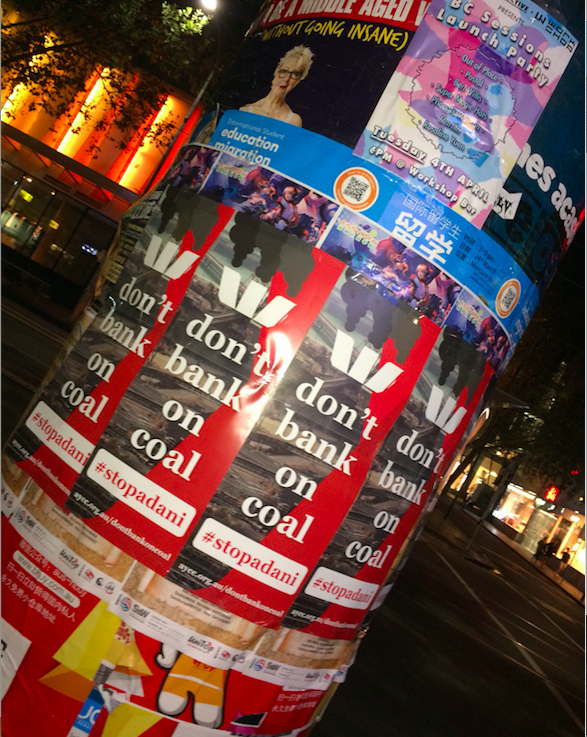 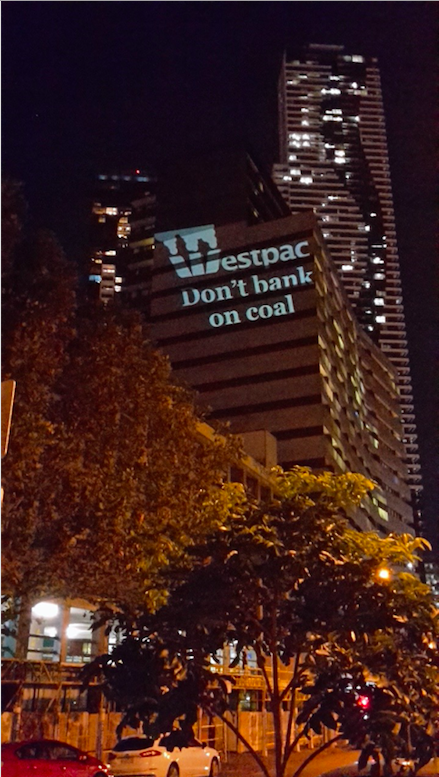 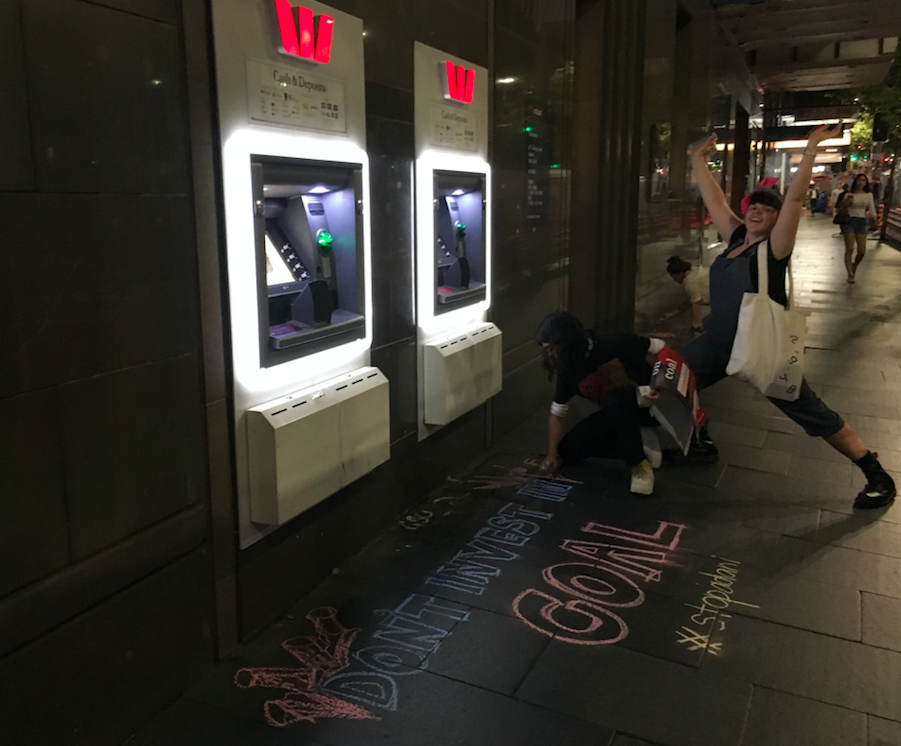 Check our amazing action map to see what's going on in your community and be sure to sign up on our "Stop the money" page!