Guarding the Galilee: over 200 screenings in 10 weeks!

Guarding the Galilee: over 200 screenings in 10 weeks!

It’s amazing! In just 10 weeks, thousands of people have come together at over 200 community-organised film screenings of Guarding the Galilee - inside the battle to stop Adani coal.

200 people packed out the Cairns cinema, and 300 people came together in Townsville. In Albury-Wodonga, community members sold every ticket to their screening at a local theatre, and started organising their next screening (see below image). 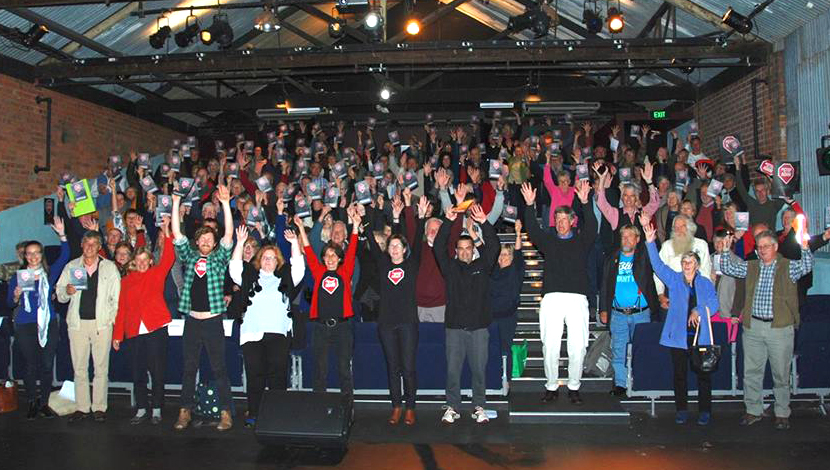 On the NSW South Coast, local hero Alan has helped host five screenings at a church, cinema, hall, and he’s planning even more!

In Parramatta, Western Sydney, nuns from the Sisters of Mercy screened Guarding the Galilee and set about writing to their MPs and Senators.

At a ‘Stop Adani Disco Hoedown’ in the Blue Mountains, the film prompted 80 postcards to be written and delivered to local politicians.

Active people in a Sydney aged care facility organised screenings for fellow residents; as have dive enthusiasts at scuba clubs; and hundreds of high school and university students, organising and attending screenings all over Australia.

It's a great way to organise your community to #StopAdani. Will you host a Guarding the Galilee screening to get the message out? www.stopadani.com/film

Already hosted a screening? Why not find a new group in your community and work together to host another screening of Guarding the Galilee for a different audience?

It’s easy to put on a screening of this powerful 30-minute film:

1. Decide on a date and venue and download a guide to hosting your own community screening
2. Create an online event on Facebook, EventBrite or similar
3. List your screening event on the Stop Adani website and you’ll receive a link to the film.

You can host the film wherever you want! Some hosts booked out their local cinema, others have hired a hall, combined forces with churches and high schools, and set up in their own backyard with a screen hung from a Hills Hoist! 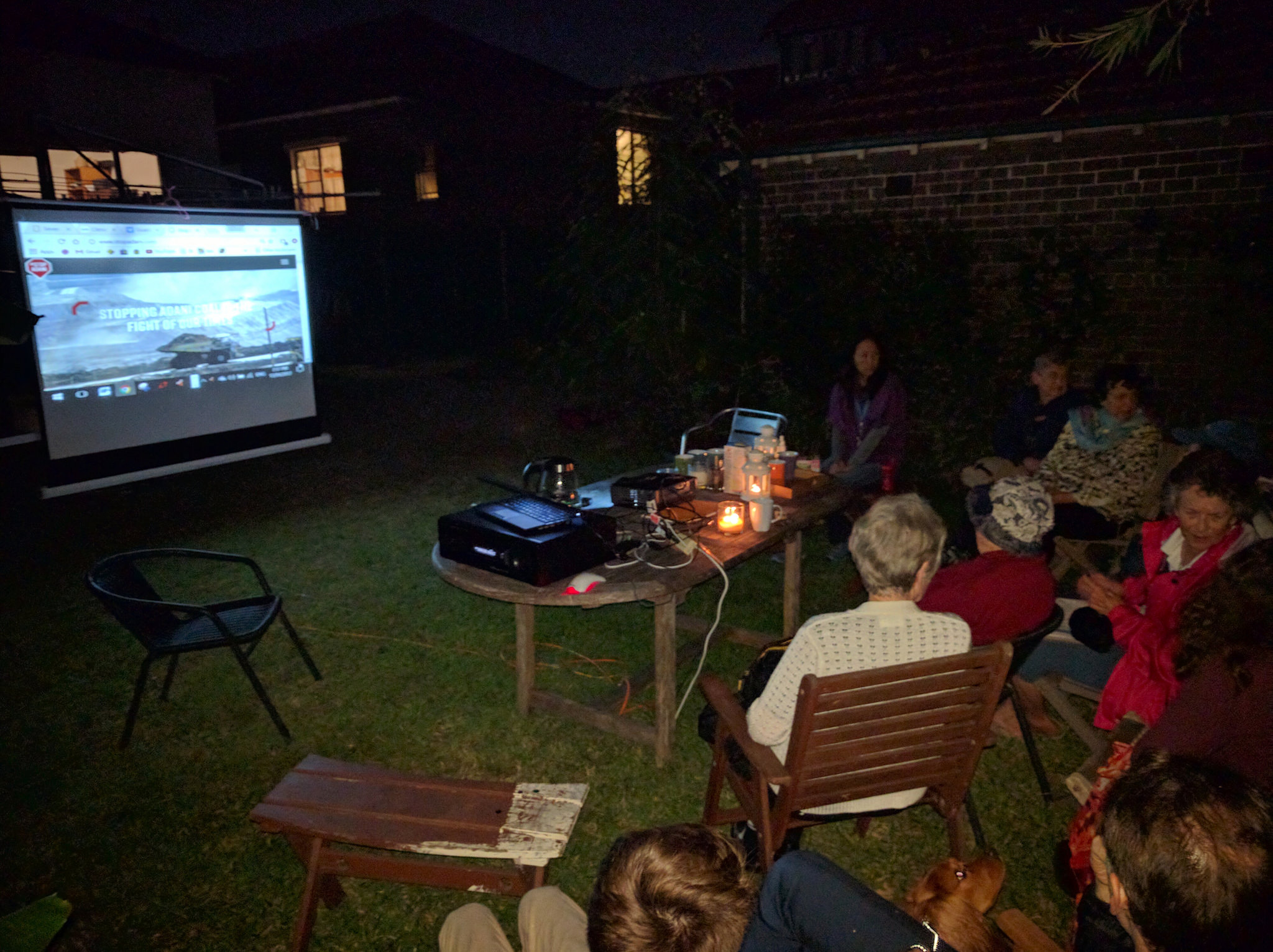 Hosting a screening is fun and a great way to meet new people, bring them into the movement to #StopAdani, and plan powerful local actions.

Here’s what some community hosts have said:

“Everyone was extremely amped after the film and keen to find a way to support the efforts of people working in this space.” Shannon, Torquay, Victoria

“It sparked a large discussion on the issue and kept our flames alive to keep fighting this mine!” Maggie, Adelaide, South Australia

“There was a fantastic cross section of the community in attendance, from miners, union reps, musicians, artists, teachers, retirees with many questions and outrage over the Galilee proposal.” Christine, Mackay, Queensland.

Want to see what the screenings look like? Check out this photo gallery of amazing screenings across Australia. What better way to spend a long winter night than to host a cozy film screening?