About 44,000 Olympic swimming pools worth of surface water could be needed each year for the 11 Galilee Basin mega-coal mines planned for the Belyando‐Suttor sub‐catchment, an expert hydrological report has found.

In addition, the report found that “each individual impact assessment has been undertaken assuming that only that specific project would be operating”, meaning the cumulative impact of the mines’ water take had not been fully considered.

That was likely to adversely affect other water users in the basin, such as farmers, with total general and strategic reserves for the sub‐catchment at just 139,200 ML.

Jericho grazier Bruce Currie said it was astonishing the planned mines were being assessed without their cumulative water requirements being taken into account.

"We have just been through one of the worst droughts in history, yet these mining projects want to drain the Galilee Basin with no consideration for the needs of farmers or the environment," he said.

"It is mind boggling that governments have given such little thought to what the cumulative impact of these mines will do to the region's water supply.

"This is more evidence that the water farmers rely on to produce food and fibre in Queensland is being sacrificed so temporary coal mines can lay waste to the state."

The report also described the long term hydrological characteristics of the Belyando River and its tributaries as “unpredictable” and “highly variable”.

It finds: “As a general outcome, the natural hydrology of the catchment does not readily support reliable, ongoing supply for mining projects without significant effort and capital expenditure.” 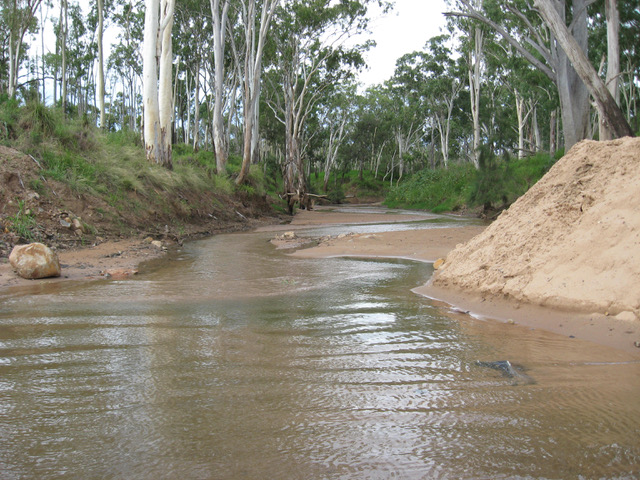 “This new analysis will have landholders throughout the Belyando and Suttor river catchments concerned about out how these mines, some of which may be hundreds of kilometres away, might deeply impact their businesses,” she said.

“Farmers have been through enough, with drought, fire, and now a diplomatic fallout with China impacting demand for produce. In these regions they are no strangers to variability but we don’t need to add poor planning and water theft by mining companies to that.”

Ms Smith said the report called into further question the Federal Government’s decision not to apply the Federal Water Trigger to Adani’s North Galilee Water Scheme, which itself would result in a 100km-long pipeline constructed to transport 12.5bn litres of water a year from the Suttor River and Burdekin Basin.

“The report finds that local creeks and rivers have extremely variable flow patterns so any water needed for the mines will have to come from infrastructure like the North Galilee Water Scheme," she said.

"So for the Federal Government to deem infrastructure like that not relevant for impact assessment under the Water Trigger sets a terrible precedent and will doom the region to the kind of water planning we’ve seen in the Murray Darling Basin."

This latest report also comes after revelations that underground water advice on the Adani project from scientists was ignored.

The report also comes after Australian Conservation Foundation (ACF) lodged a court case against the Federal government arguing the they broke the law by not applying the 'water trigger' to the assessment of Adani's NGWS pipeline infrastructure for Adani's mine.

The Federal government argues that because the infrastructure is a pipeline, and not the mine itself, the water trigger doesn’t apply. But the pipeline is being built to directly support Adani’s climate-wrecking coal mine.