Commonwealth Bank’s confirmation that it will not be involved in financing the Carmichael coal mine leaves Adani in the highly improbable position of financing a major Australian project without the support of one of the “big four” banks.

“Moreover, it means Adani has no hope of securing finance from any of the big four Australian banks, who have been fundamental to the success of almost every major fossil fuel projects in Australia over the past decade”, said Mr Vincent.

In the past decade, the “big four” Australian banks (ANZ, Commonwealth Bank, NAB and Westpac) have been involved in 75% of fossil fuel project finance deals, providing a quarter of all debt.

Twenty four banks around the world have now either publicly distanced themselves from the idea of financing Galilee Basin coal export projects, or have introduced policies that would prohibit the bank from funding the mine.

However, while commercial banks have been publicly unwilling to support the Carmichael mine, the Federal Government has been escalating its efforts to finance the project through the Northern Australia Infrastructure Facility (NAIF).

Commonwealth Bank are releasing their climate change policy update next week, with expectations that it will constrain their investments in fossil fuels.

“What we now need to see now from Commonwealth Bank is confirmation that the Adani Carmichael mine is not just a one off, but that the bank will reverse its trend of being one of Australia’s biggest fossil fuel lenders.

“If Commonwealth Bank is serious about it’s commitment to help hold global warming to below two degrees it will need to rule out finance for any project that would expand the fossil fuel industry, and commit the bank to phase their fossil fuel exposure out by 2030, replacing this with support for renewable energy”, said Mr Vincent.

Market Forces recently released a study showing that since Commonwealth Bank made a public commitment to support the goal of holding global warming to below two degrees, it had loaned $6 billion to the fossil fuel industry, more than four times its support for renewable energy.

Market Forces works to expose institutions that are financing environmentally destructive projects and help Australians hold those institutions accountable. In particular, they work with the community to prevent investment in projects that would harm the environment and accelerate climate change, including the Adani project. 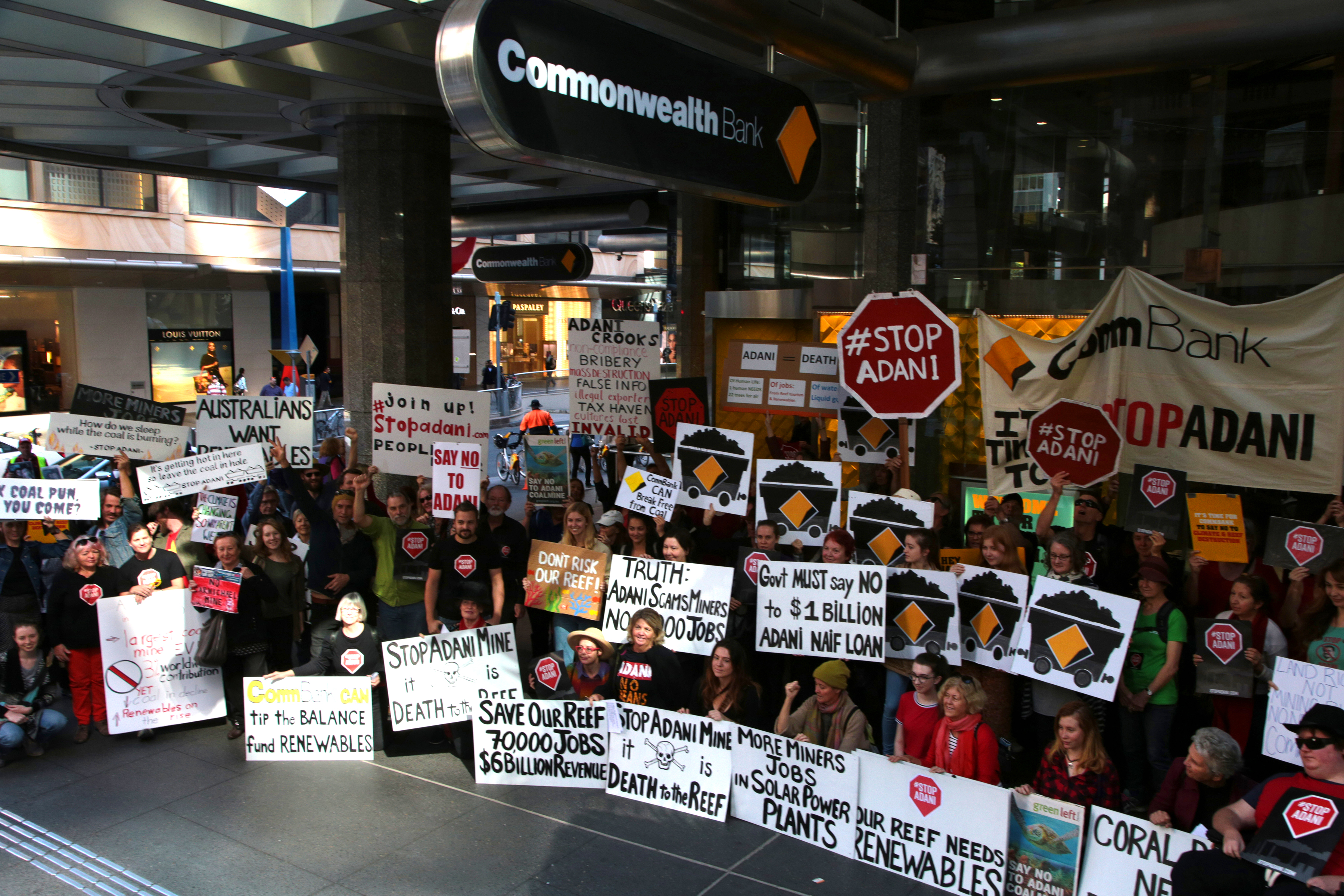