Cairns gets together for the first #StopAdani Summit!

Cairns gets together for the first #StopAdani Summit!

The first in a series of gatherings along the east coast, Cairns held their #StopAdani Summit to make plans for the next phase of the campaign

“I no longer feel despair. I feel inspired, because I know we have the power to make a difference”

That was Tanya Murphy. A local dive instructor, she’s starting to organise reef workers and get them engaged in the fight against Adani, and she was at the Cairns #StopAdani summit to share her inspiring story. 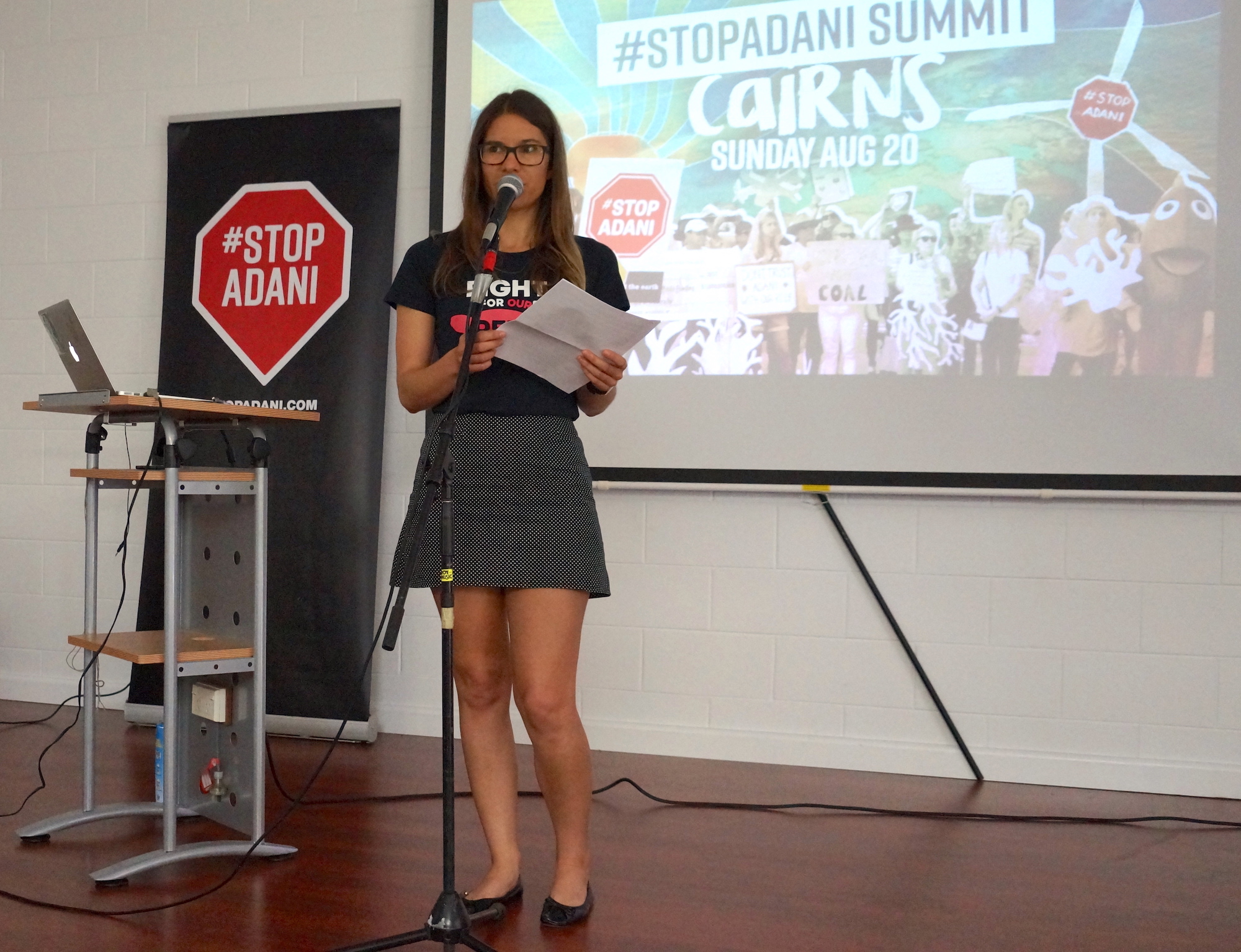 I travelled up from Brisbane for the Summit last Saturday, an event bringing together the groups working on #StopAdani in the Cairns region. It’s the first in a series of Summits along the east coast of Australia, and the first gathering since the #StopAdani Roadshow in April kickstarted over 160 local groups across the country.

The basic premise: we are more powerful when we stand together. 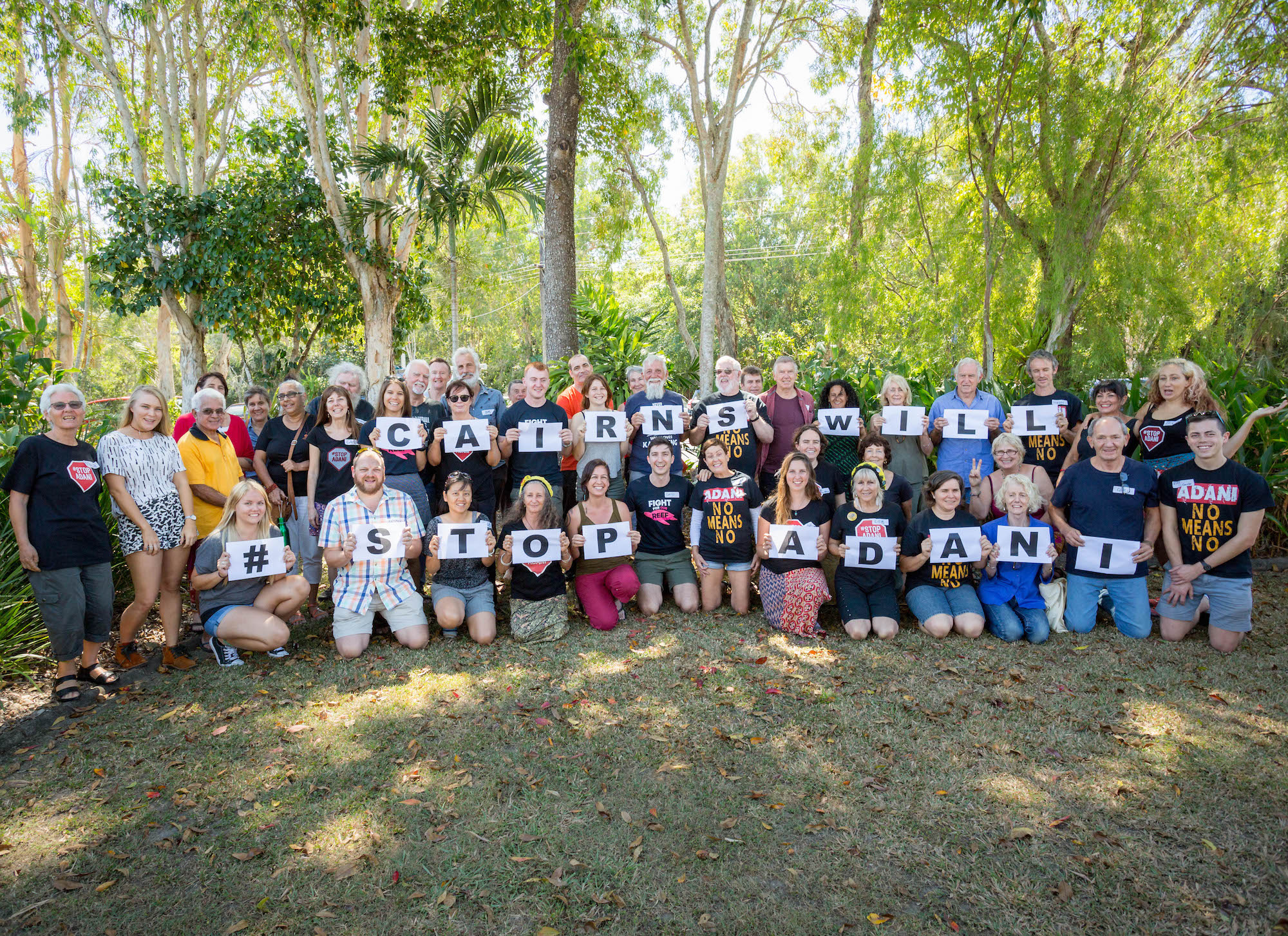 Things move quick in the Adani campaign and a lot has changed since the Roadshow. After we successfully pushed Commbank to rule out financing the mine, it’s become clear that the key obstacle to us burying this project for good is the billion dollar NAIF loan. So at the Summit we took the chance to restrategise and plan for the coming months. This is how Cairns will #StopAdani:

But the Summit wasn’t just talk. The group prepared a Community Declaration for the NAIF board which they delivered to HQ the very next day! Sky News were there and it got great coverage in the Cairns Post. 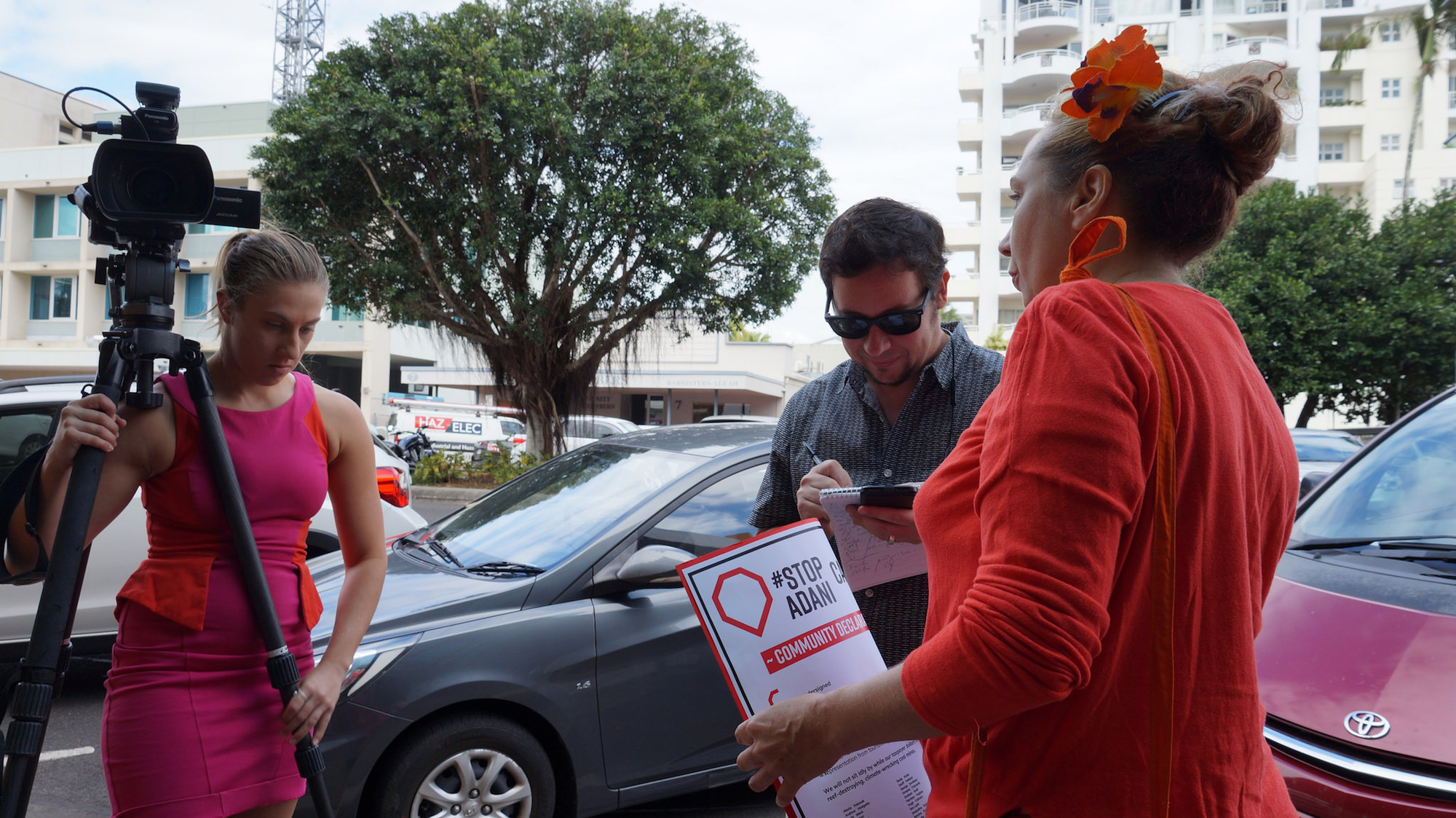 We had a smaller event in Townsville on Tuesday called the Townsville Stocktake, and next up is the Central Queensland Summit in Mackay. With guest speakers Uncle Kenny Dodd and grazier Bruce Currie, it’s shaping up to be a stellar day. We’ll share the outcomes with you all in the next post. Stay tuned!

Ray, for the #StopAdani Alliance 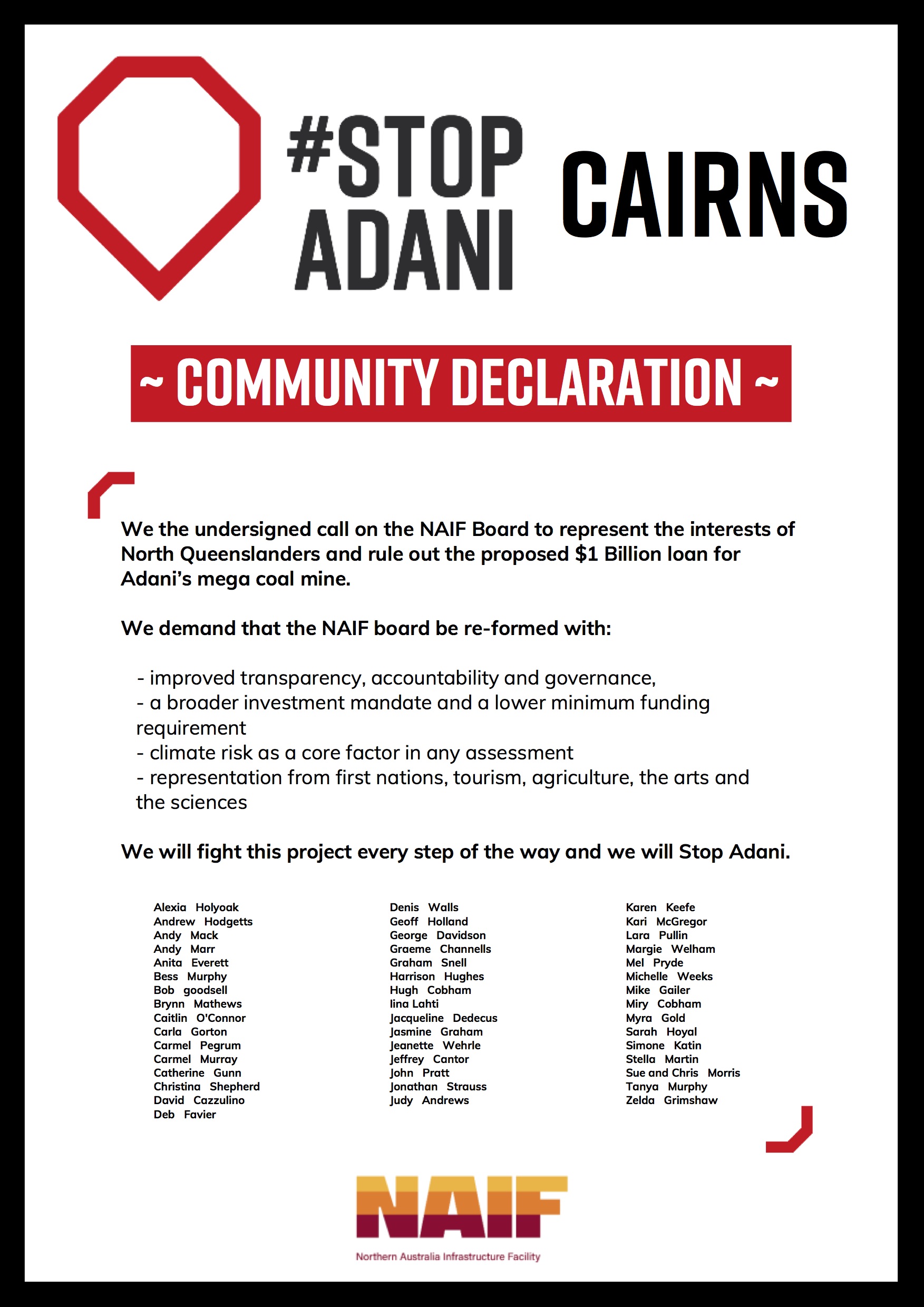