As Adani ramps it up, so must we!

The #StopAdani Summit is coming to Cairns, Central Queensland, Brisbane and Sydney to supercharge our community campaign to stop this mine (and with more locations to be announced soon). 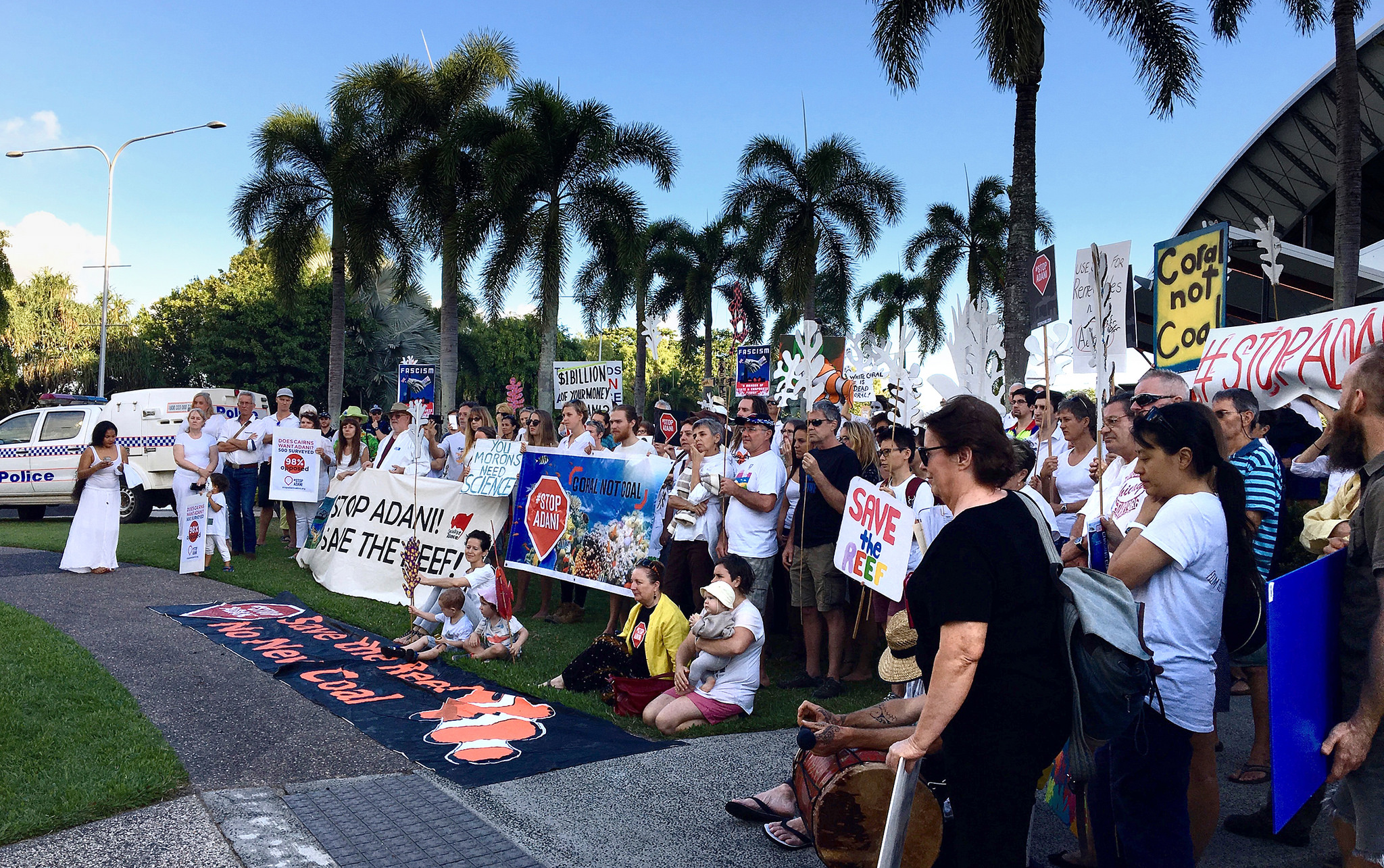 Right now, overseas coal giant Adani is pulling out all the tricks to build its mega coal mine that will trash indigenous rights, wreck the climate and prop up a boom-bust economy.

Adani’s bid for $1billion of taxpayer funds has reached the final stages of assessment -- their Carmichael mega-mine is one of only 5 projects left in the running for a slice of the $5billion available through the Northern Australian Infrastructure Facility.

Adani is ramping up, and now so must we!

We are bringing the #StopAdani Summit to Cairns, Central Queensland, Brisbane and Sydney to supercharge our movement to stop this mine once and for all.

Back in March, the sold out Stop Adani Roadshows sparked a nationwide movement to stop the mine. Since then, over 160 grassroots Stop Adani groups have formed right across the country from Cairns to Castlemaine, Perth to Parramatta. They’re taking Adani head on with people-power at the rate of an action every 6 hours!

With the campaign moving quickly and our opponents on the front foot, now is the time to gather in our communities and prepare for the fight ahead. This is our chance to

Most of all, the Summit is a chance to plan in our communities how we will take action together during the crucial next phase of the campaign to stop this mine once and for all.