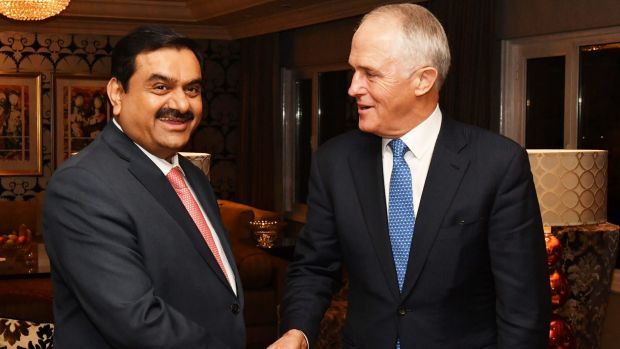 This Monday, the ABC's 4Corners is setting its sights on the dodgy dealings of dirty coal peddlers Adani — and it's set to be explosive.

To make this a massive turning point, we need as many of us as possible watching the program go to air and talking about it.

Let's make this the moment the movement against the Carmichael coal mine becomes a major political storm.

It will be the moment politicians will have to decide whether they represent Adani or Australia's people, our future and our Reef.

Right now, Adani is ripping the heart out of Wangan and Jagalingou country, the Aboriginal land where Adani is trying to dig its coal mine. Will you stand with them?
Take Action

The Adani Group wants to rebrand itself as a leader on climate change and clean energy. But there’s a big problem - Adani are mining, handling, and burning record volumes of coal - the number one driver of the climate crisis.
Take Action

The world’s biggest investors are funding Adani’s coal. Investors like BlackRock, State Bank of India, JP Morgan, HSBC and MUFG. Together, we will stop the money and push them to divest from Adani.
Take Action