The test of political leadership on climate change is committing to #StopAdani and move Australia beyond coal to 100% clean energy.

The #StopAdani movement is using people power to take on the wealth and undue political influence of Adani and the coal lobby.

#StopAdani action groups have organised hundreds of meetings with local MPs. Residents have surveyed their communities and presented the views of thousands of constituents to their MPs. More than 160 community protest actions have taken place at MP offices across 50 different electorates. Local volunteer leaders have doorknocked over 60 neighbourhoods across 53 electorates as part of the National Doorknock to #StopAdani.

Our pressure is working -- a growing list of Federal MPs, Senators and candidates are speaking out publicly in opposition to the Adani mine.

Politicians coming out against Adani 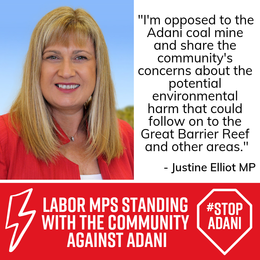 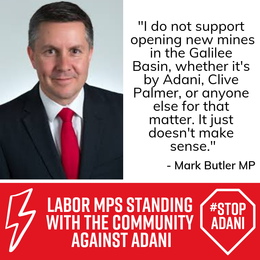 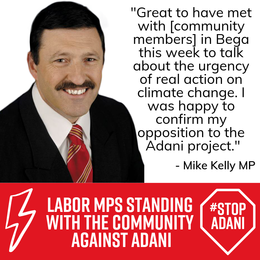 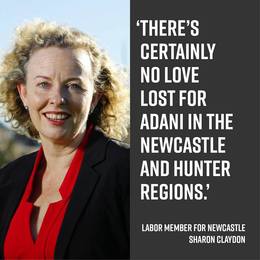 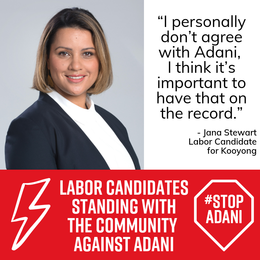 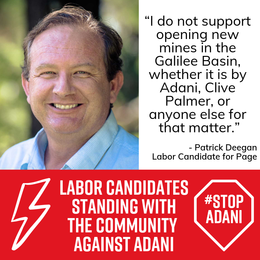 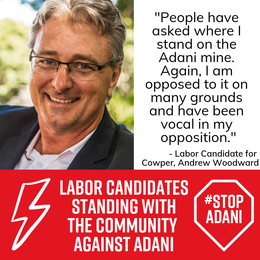 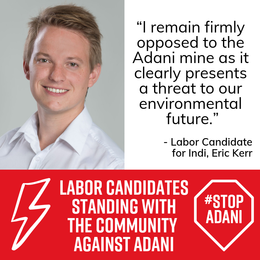 STOPPED ADANI GETTING ANY PRIVATE FUNDING

Thanks to our people-powered movement, Adani can’t find a private investor to back this climate-wrecking project. Dozens of major banks have ruled out working with Adani, including the 4 big...
See More

$1 billion dollars for a billionaire? Yeah, no thanks. When Resources Minister Matt Canavan proposed the insane idea of giving Adani $1 billion of taxpayer money to fast-track the Carmichael...
See More

The Adani Files summarised the worst of Adani’s dodgy track record of harming workers and the environment, including allegations of corruption, bribery, fraud, and tax evasion. In March 2016, a...
See More