Queensland was sold out by it’s own Premier this week.  Late last night, Premier Palaszczuk scrambled to get a special deal on royalties together for her beloved Adani mine, but her people, and the rest of the country, are increasingly at odds with her plans.

A new ReachTel poll released yesterday shows almost 60% of Queensland voters give state and federal subsidies for the Adani coal mine a big thumbs down. Just over half sampled think the Government is breaking an election promise to grant Adani a royalty holiday.

The special favours for Adani just keep stacking up. Not long ago, while Queensland was distracted by a cyclone, the Premier granted Adani a water licence for free and unlimited groundwater. Adani is also in line for $1 billion from the Federal Government. We are wondering when the special treatment for this project will end.

The Guardian has posted an awesome  article on the QLD Government’s mad rush into  climate catastrophe by pursuing this climate-wrecking mine, and our network’s equal rush in the other direction to stop it.

As well as facing internal resistance to taxpayer support, the environment group, the Australian Conservation Foundation, has warned the Turnbull government it will pursue all avenues, including possible legal action, to stop a concessional loan being granted to the rail line.

The new poll also comes as federal Labor MPs this week have also broken ranks to express public objections to the controversial project.

With an eye on the looming Queensland state election, and on several marginal seats in north Queensland with the potential to decide the next federal election, federal Labor has adopted a position that says the Adani mine can proceed on its merits but the project should not be given federal support.

...The recent breakout by federal Labor MPs follows an intensifying civil society campaign against the project, which is applying consistent pressure to a number of major party MPs in metropolitan areas.

Meanwhile The Australia Institute has posted a series of great infographics showing Queenslanders the teachers, hospitals, and roads they could have if their government stopped giving so much free money to coal mines. 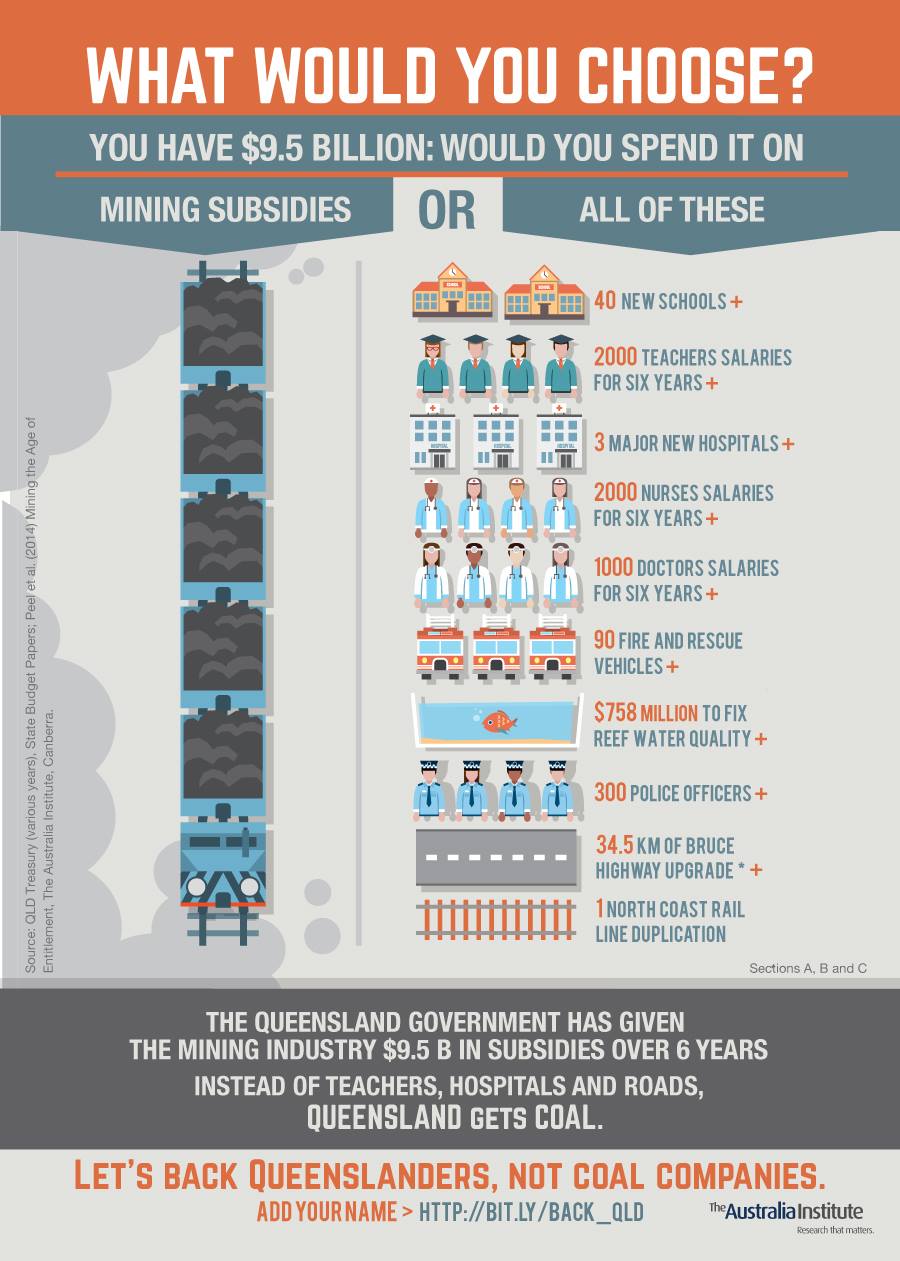